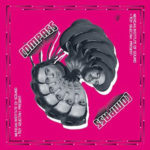 Toy Selectah of Mad Decent and creator of Control Machete and Camilo Lara of the Mexican Institute of Sound have led prolific careers out of creating beats, rhythms and music that have made them stars in their native country of Mexico and beyond. Now, the two are joining forces to release COMPASS, a super collaborative project featuring more than 100 artists from around the world. “This project has been a mystical quest trying to prove that there is only one dance floor across the globe,” Camilo told Billboard magazine.

Produced by Toy and Camilo and mixed by Toy and Frank “El Medico” Rodriguez, COMPASS is set for release on August 26 on Six Degrees Records. The first single from the album is “Canta Sim Medo,” a Brazilian funk track featuring Brazil’s Mercurias and Bruno Morais. 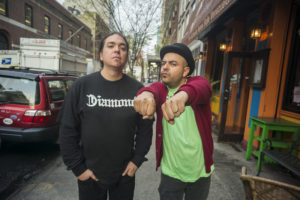 “This project is a little like good tequila,” says Toy. “Each tequila brand comes from a specific region and you can taste the difference. Music is similar: all these artists represent where they come from.”

“It doesn’t matter if you’re are rich, poor, white, black… we wanted to show that if you put all these genres in the same place, it could work at the same time and that they can co-exist,” says Camilo.

Camilo is best known for his work as a DJ, producer and for his electronic music project known as Mexican Institute of Sound (MIS) and his recent Mexrrissey – Mexico Goes Morrissey project. He has collaborated with the Beastie Boys, curated a radio station for Grand Theft Auto and also worked with Toy on a Los Angeles Azules album with a song that was #1 on the Mexican charts for 79 weeks.

Toy, known for his command of mixing music, is Monterrey’s pride and joy, particularly for his work in Urban Music through Control Machete, Celso Piña, 3BallMTY and Major Lazer which pioneered the hybrid sounds mixing Mexican soundscapes with modern touch. Toy is also deeply involved with Diplo’s Mad Decent label.

“It was incredible to see 90 artists coming to the table so wanting to collaborate, fulfilling the mission of this project to bring artists together in the name of great music,” says music veteran Colin Finkelstein, CEO at YEBO Music, who was instrumental in making sure the album became a reality. “The project has a lot of Toy and Camilo in it, but it’s also very contemporary and a lot of people showed up to be part of this because of Camilo and Toy.”