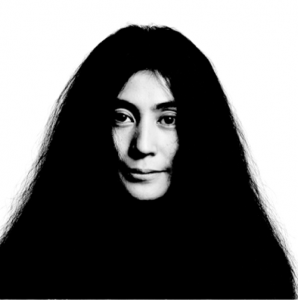 Secretly Canadian is honored to partner with Chimera Music on releasing Yoko Ono’s musical output from 1968 to 1985. Comprised of eleven studio albums, the reissue project’s focus is to painstakingly reconstruct the original vinyl packaging, to thoroughly excavate and appropriately curate the treasure-laden archives of never-before-seen photos and ephemera, and to re-master the audio, all for the purpose of creating the definitive editions of this timeless work. In addition to making the vinyl available for the first time in decades, each album will also be available digitally for the first time ever.

Secretly Canadian and Chimera Music couldn’t be more proud to be a part of re-introducing Yoko Ono’s seminal work. The first batch was reissued last year and included 1968’s Unfinished Music No. 1: Two Virgins, 1969’s Unfinished Music No. 2: Life with the Lions, and 1970’s Plastic Ono Band. The second batch, which will see release on July 14th, will feature 1971’s Fly, 1973’s Approximately Infinite Universe, and 1973’s Feeling The Space.

In the meantime, you can watch the reissue trailer and stream the re-mastered version of  “What A Bastard The World Is” off of Approximately Infinite Universe.

FLY
What you hear on Fly is Ono’s disarming combination of opacity and visceral, personal transparency in full bloom. It’s also one of the most unbridled, most captivating soul albums ever made. And that’s right where she wants you: Vulnerable, wide open to any-and-everything, ready to have your world tipped onto its head. She’s a master of spinning your head around. First, you get the Bar Band from Hell of “Midsummer New York” to kick things off. It’s about the last thing you’d expect from Ono coming off Plastic Ono Band. But here you are, listening to Ono channeling Elvis. At 16-minute-plus, the tranced-out, motorik-inspired boogie  “Mind Train” is rough-and-ready for your next basement get down. Movement and perspiration required. Ono’s band of session heavy hitters burrows deep in a sort-of locomotive raga while Ono’s punchy vocables and rhythmic syllables do interpretive dances around one another. If Ono’s voice were Miles Davis’s trumpet, “Mind Train” might not sound totally out of place on Davis’s Jack Johnson or On The Corner. Then, we have the absolutely gutting blues of “Don’t Worry, Kyoko (Mummy’s Only Looking For Her Hand in The Snow).” Full of ache and raw emotion, the song is a love note, a plea for forgiveness, to her estranged daughter Kyoko shot across the universe on a flaming arrow. “Don’t Worry…” is the only song on Fly to feature the truly legendary line-up of John Lennon, Eric Clapton, Ringo Starr, Klaus Voorman — all masters laying down a totally crude assault on the blues form. Ono follows this stampede of emotion with the self-referential torch song “Mrs. Lennon,” a wounded — personally wounded, spiritually wounded — song that gets right into the Universal Loneliness. And so here you are. You’re devastated. You’re exhausted. You’re exhilarated. And you’re only 1/4 of the way up the mountain that is Fly. Dig deep, traveler, it’s worth the climb.

APPROXIMATELY INFINITE UNIVERSE
There’s a fury at the core of Yoko Ono’s 1973 rock opus Approximately Infinite Universe that was not apparent on previously recorded efforts. Ono has always been a master of turning pain and sadness into art, but here, there’s a clenched-fist intensity that sets it apart in her deep, unparalleled catalogue. Ono is angry. She proved that one can carry a boundless love for humanity and still be furious — furious at male/female relationships, at war, at your partner. Meanwhile, on a sonic level, Ono ups the ante on the more centered rock-n-roll sounds she approached with 1971’s Fly. Backed by members of New York band Elephant’s Memory, with limited guitar contributions from John Lennon (listed as “Joel Nohnn”), the album is also one of the most traditional-sounding rock chapters in Ono’s sprawling catalogue. There are moments here that absolutely rival Jersey legends the E Street Band, though of course Ono’s vision leads her band down darker, more mystical paths than the E Street Band ever dared tread. Approximately Infinite Universe is an essential and progressive piece of Ono’s output, both in the advancements she made as a songwriter/conceptualist, and as a solidified statement of her staunch feminist role within the very male-dominated mainstream rock ghetto of the mid-1970’s. Add this powerful feminist statement to the fact that the music business in 1973 was in its post-Woodstock explosion: A&R men, radio programmers, marketing execs, booking agents: men with a chokehold over the business, and Yoko’s entry into it a complete question mark to them all. Ono absolutely intended to boggle the boys’ club of the music industry. Fast-forward to today, and Approximately Infinite Universe stands as a template for powerful female artists to follow in the years ahead.

FEELING THE SPACE
The fact that the once-reviled Yoko Ono is inspiring a new generation of activists comes as no surprise if you’ve listened to Feeling the Space, her personal-is-political 1973 album that resonates remarkably forty-four years later. On such songs as the righteous chant “Woman Power,” the empathetic ballad “Angry Young Woman,” the hilarious proto-grrrl “Potbelly Rocker,” and the satirical “Men Men Men,” Ono sings in surprisingly straightforward fashion about the burdens carried by women and the mandate for feminism. Supported by such skilled studio vets as guitarist David Spinozza, sax player Michael Brecker, and drummer Jim Keltner, this is perhaps Yoko’s most accessible album, and her most intimate. Feeling the Space was recorded during the time when the avant-garde visionary artist became estranged from her rock-star husband John Lennon. He plays only briefly on the album (billed as Johnny O’cean); she produced and wrote all the songs. The result is a definitive soundtrack/document of the era of consciousness raising and of radical critique of the family structure. Yoko and company deliver this hard message soft rock style, or as soft as Yoko could get – think of Feeling the Space as Tapestry with talons, or the second-wave godmother of Lemonade. Yoko was on the front lines of the women’s liberation movement. Dedicated “to the sisters who died in pain and sorrow and those who are now in prisons and in mental hospitals for being unable to survive in the male society,” it’s an emotional exploration of the psychological toll of oppression.