Amparanoia is the pseudonym of Spanish singer/guitarist Amparo Sánchez combining her first name with the word ‘paranoia’. It was also the name of the band she fronted from 1996 to 2006. Debut album, El Poder de Machín, has been described as being “bright, exuberant… with a heavy Latin influence”.

Born in Granada, Spain, in 1970, Amparo Sánchez joined her first band, the Correcaminos (Roadrunners) at 16, a year after apparently becoming a mother for the first time. With Billie Holiday as her chief inspiration, her ability at singing blues, soul, rock, and jazz quickly established Sánchez as the foremost vocalist in the region. She formed Amparo & the Gang in the early ’90s and the group released Haces Bien on Fabrica Magnetica in 1993, only to see the label fold two months later. Amparo & the Gang broke up and, despite plenty of work opportunities around Granada, Sánchez wanted to escape being locked into the blues circuit and moved to Madrid.

In 2017, she returned to her parent group to celebrate its twentieth anniversary with the compilation album “El Coro De Mi Gente”. Musicians such as Macaco, Manu Chao, Depedro, Aterciopelados, La Pegatina, Chambao, Serganto Garcia, Calexico, Gaby Moreno, Marinah (Ojos De Brujo), Mouss et Hakim (Zebda) and others contributed new versions of her songs. Already at that time, there was a desire to record a new album.

The new album “Himnopsis Colectiva” is the result of the re-establishment of the group.

Amporo said: “This album is undoubtedly the result of having started the band again, the songs and having had contact with the public for three years. We realized that they missed Amparanoia and so did we. It has been a revealing time to start in 2017 with El coro de mi gente, which was above all a tribute to other artists covering songs from Amparanoia’s career. The only unreleased song was the one we did with Macaco. That album was the tribute, the tour was also the tribute to the 20 years of El poder de Machín. Suddenly at the end of 2017 we realized that we had lacked countries to visit and that there was demand from the group. We decided to extend it until 2018 and in the middle of that year we realized that they were still counting on us, not only in Spain but in other countries. That’s when the idea of ​​wanting to make a new album for Amparanoia began. In 2019 we were already demoing the first songs and thinking about what we were going to propose.

Recording was complicated in 2020.

At the beginning of 2020, Amparo already had demos and recordings of songs she had previously played with the band. In July, everyone finally met, the band came to Granada where they rehearsed for a few days and then recorded. Much work has been done via e-mail.

The album “Himnopsis Colectiva” is about topics such as family, desire, separation and the present.

Ampara said: “I think I know what Amparanoia represents for my audience. It’s been many years and I’ve always been close to people who are very fans of the songs and the proposals. Amparanoia has always been characterized by playing with different styles, by transmitting a message and a fusion within the music that makes us feel what we are: brothers and sisters. In this album all the songs are very well chosen. They all have a reason. They have, as we call it, a hymn that precedes them and that places it in my intention when writing it. Then each one can also give their meaning, but I wanted to share what the songs mean to me. For us they began to become anthems before they had a title, and we wanted to play them live. Both saying the anthem and being this year in a collective situation in which we are a little hypnotized with so much information, uncertainty, fear or violence … we are hypnotized. I thought it was a good title. We propose some songs so that we collectively wake up and get out of this hypnosis. We try to see reality from another point of view. The messages in the accompanying book, Metanoia. Practical guide for awareness, they have a lot to do with those on the album. Whoever wants to go deeper can do so with the book, and with the songs he gives some clues.” 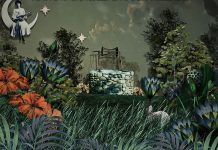 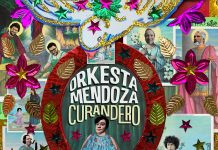