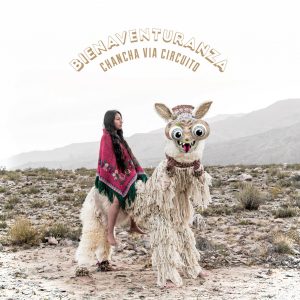 For the last decade, Argentina has become the epicenter of a musical explosion that characteristically blends folk music from the surrounding Andes and electronic beats.

The artist arguably responsible for its emergence on a global platform is one named Chancha Via Circuito- a Buenos Aires native named Pedro Canale whose first album Rodante (2008) opened the floodgates by pushing the borders of Cumbia listeners weren’t even aware existed. He’s gone on to release other highly acclaimed albums such as Rio Arriba (2010), which Resident Advisor described as ‘aural magical realism’, and Amansara (2014), which catapulted him onto acclaimed international stages and received praises from Pitchfork to the New York Times.

Four years later, in the midst of some very notable global turbulence, Chancha Via Circuito brings us his highly anticipated new album Bienaventuranza – a word that essentially means bliss.

Replete with his signature touches of Andean instruments (think lots of flute and charango), the folkloric elements on this album blend fluidly with danceable and digestible electronic beats. He’s been cooking this record slowly, with unprecedented amounts of care and in a much more collaborative manner than his past albums. 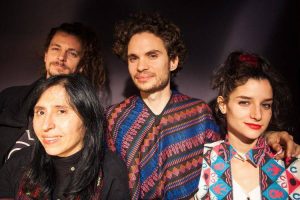 Appearing on the album are heavy hitters in the digital cumbia scene, including Mateo Kingman, Kaleema, and Lido Pimienta, all of whom contribute their highly distinguishable sounds to the natural flow of the album.

Most of these collaborations came about almost effortlessly. La Victoria is a track that blends cumbia, dancehall, and a bit of mysticism- carried by Lido Pimienta’s luminous voice, Colombian Dancehall wizard Manu Ranks happened to be in town and slipped into the song naturally. Kawa Kawa came from an improv jam during rehearsal one day with Kaleema (Heidi Lewandowski) and Federico Estevez (percussionist in Chancha Via Circuito). Niño Hermoso, which is lyrically a fable, sounds the way it does because Pedro saw a video of Gianluz (Gianluca Zonzini), who he knows from dance classes, singing a Pocahontas song on Youtube.

As dancefloor-friendly as it is mystical, Bienaventuranza is as Chancha as it gets- with elements from Cumbia to Dancehall to Andean

Folk to Global house, crystal clear production, and collaborations that are evidently natural and genuine, the record holds true to the sound that Canale has played such a huge part in creating. Since the release of his last album, the digital folk scene has also grown exponentially. From a new generation of producers to more listeners in unassuming parts of the globe, Pedro has been humbled to see the sound develop- and proves with this album that he’s grown swiftly alongside it.