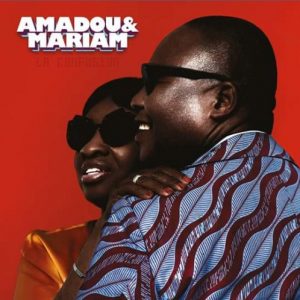 Five years after Folila, their last energetic rock album, Malian husband/wife duo Amadou & Mariam return to The Cedar Cultural Center! The godparents of the Afrobeat and modern pop mélange have a new album, La Confusion, produced by Adrien Durand. For the past forty-odd years, Amadou & Mariam have managed to joyfully combine their love story with a musical career, becoming some of the most famous ambassadors for Malian and African music all around the world. They’ve played the world’s biggest festivals, from Coachella to Glastonbury, and opened for huge bands such as Coldplay and the Scissor Sisters.

Mixing traditional African rhythms with Western pop, using traditional instruments as well as beat boxing and synthesizers, playing rock, reggae, funk, soul and blues, mixing acoustic and digital productions with lyrics in French, English and Malian, Amadou & Mariam articulate the past and the future beautifully through their production, composition and collaborations that unite opposites and allow them to represent Mali across the world. “It’s always been our wish that African music be known like other kinds of music,” says Amadou. “That’s why we’re very proud of our album Dimanche à Bamako, because it popularized our country’s music. Our collaborations changed the way people see us. We’re African, but our hybrid music opened a lot of doors for us.”