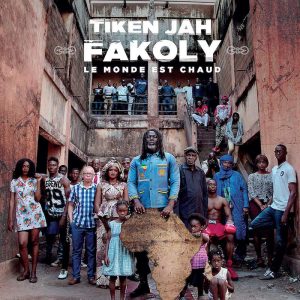 Moussa Doumbia, known as Tiken Jah Fakoly, was born on 23 June 1968 in Odienné, north-western Côte d’Ivoire. He discovered reggae at an early age, assembling his first group, Djelys, in 1987. He became well-known at a regional level, but would soon ascend to national recognition.

Concerned by the social and political evolution of his country, it was not long before Tiken Jah was writing incisive works on the political environment in Côte d’Ivoire. One such work was on the death of Félix Houphouët-Boigny in 1993, which resulted in a surge of popularity amongst the nation’s youth. In 1998, Fakoly made his first international appearance in Paris.

Tiken Jah Fakoly plays music “to wake up the consciences”. His music speaks about the many injustices done to the people of his country and Africans in general, as well as inciting calls for pan-Africanism and an African economic, political and cultural resurgence. As such, many African listeners feel a deep affinity with his lyrics as Fakoly speaks for oppressed people. This connection has helped make Tiken Jah Fakoly a much-listened artist throughout the world.

Since the rise in political instability and xenophobia in Côte d’Ivoire and after receiving death threats due to his lyrics, Fakoly has lived in exile in Bamako, Mali since 2003. In December 2007, Fakoly was declared persona non grata in Senegal after criticizing President Abdoulaye Wade.

In 2009 Tiken Jah launched a campaign entitled “Un concert une école”, or One Concert, One School. Through the campaign, and in collaboration with institutions and associations, he was able to finance the construction of a school in the village of Touroni, and a college in Dianké, Mali. He held concerts in Burkina Faso, Côte d’Ivoire and Guinea, accompanied by a vast communication campaign promoting education. 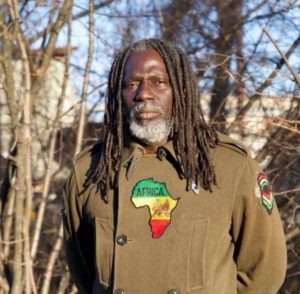 Tiken Jah Fakoly has recorded various tracks with other artists. He is featured on Steel Pulse: African Holocaust, on Didier Awadi: Stoppez les criminels, on Riké: Airt Frais, on Bernard Lavilliers: Carnets De Bord, on Amadou & Mariam: Dimanche À Bamako, on Dub Incorporation Diversité, and on Tata Pound: Cikan. He also appears on the compilation African Consciences with Mebgane N’Dour. He features in the movie Les Oiseaux Du Ciel, directed by Eliane de Latour. 2009 “Africa’s Reggae Legend in the Making”, Directed by Mackie Fagan. Tiken Jah actively participated in the documentary “Sababou” by Samir Benchikh which aims to promote a positive image of Africa and especially Ivory Coast, by demonstrating how people like Tiken have been engaged in ameliorating the living conditions for people in West Africa through peace, democracy, fighting hunger, promoting education, etc. In 2014 he contributed to the track Cocoa Na Chocolate with other African artists, in support of the Do Agric, It Pays campaign by ONE .