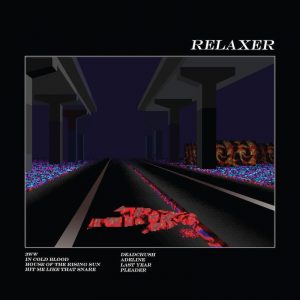 Their debut An Awesome Wave released in 2012 won the prestigious Mercury Prize. Their second album, This Is All Yours (2014), went straight to the UK charts number one. So, it is not surprising that in 2015 they played at Glastonbury on the main Pyramid Stage and also headlined festivals such as Primavera, Latitude, Sziget, Open’er, and Lollapalooza. After a year break, next summer they will again appear at festivals, including Pohoda 2017.

Alt-J first met at university, where they formed a band in 2007. They were previously known as “Daljit Dhaliwal” and later “Films”, and eventually changed their name to a keyboard shortcut for a triangular delta symbol on Mac keyboards. As the first meetings of the band took place in student halls, they were unable to use bass guitars or bass drums. After university, they moved to Cambridge, where they worked on their songs for a few months. Well, it was worth it, as the result was the contract with Infectious Music and the eponymous EP Δ which contained the hit song “Breezeblocks”. The clip for the song has since been watched 115 million times on YouTube, and it has 150 million views on Spotify. 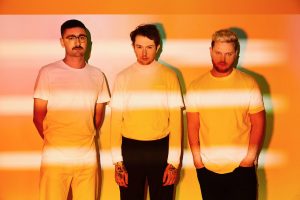 In late May 2012, they released debut An Awesome Wave, which immediately rocketed Alt-J among the most watched starting band. In late summer, Sam Wolfson of Guardian wrote about them: “The result of five years’ hard work is a record that sounds more like a mature “big ideas” third album than something a bunch of unsigned students recorded in their digs. Their album went top 20, the single is all over the radio and they are now odds-on favourite to win the Mercury music prize.” Wolfson wrote this a week before nominations went public and two months before the actual announcement of the Mercury Prize winners. He was right. They accepted the prestigious award at the jubilee 20th edition of the awards. They surpassed Ben Howard, Django Django, Jessie Ware, Lianne La Havas, and even Richard Hawley. In addition, their debut won Album of the year at the Ivor Novello Awards granted by the British Academy of songwriter, composers and authors.

In September 2014, they released their second album This Is All Yours, which reached the very top of the UK charts. The album was also nominated for Best Alternative Album at the 57th Grammy awards and at IMPALA – European Independent Album of the Year. Prestigious nominations and awards, the success of the band in albums sale, and their popularity on social networks were confirmed also on the stage, selling out their concerts and successfully gaining headliner slots at major European festivals. After a year’s break, they are coming to festival stages again in 2017. We are really glad Pohoda will be one of them.

Alt-J few days ago present new song ‘Adeline’. The track, say the band, “is set in Australia, where a Tasmanian devil falls in love with a woman as he watches her swim. It was written on tour and finished with some strings at Abbey Road,” and follows singles ‘3WW’ and ‘In Cold Blood’, offering another glimpse of what’s to come on forthcoming third albumRELAXER. The LP is available from 2 June via Infectious Music in heavyweight vinyl, CD, cassette and digital formats.

RELAXER, is the follow up to alt-J’s number one, Grammy and Brit Award-nominated album This Is All Yours, and was recorded all over London – from Shoreditch to St John’s Wood, Crouch Hill to Brixton – with producer Charlie Andrew for a third time.

Alt-J have headlined festivals across the globe and sold out London’s O2 Arena and New York’s legendary Madison Square Garden on their last tour. Last month they announced a return to the O2 Arena for a special show on 16 June as part of the venue’s 10th birthday celebrations; limited tickets for the show are still available. A number of festival shows are also confirmed for the summer, including Glastonbury Festival and headline performances at Bluedot and Boardmasters, with more to be announced. The band have also announced a tour of North America for the fall. See below for the full list of European dates dates. See www.altjband.com for full worldwide dates and ticket information.