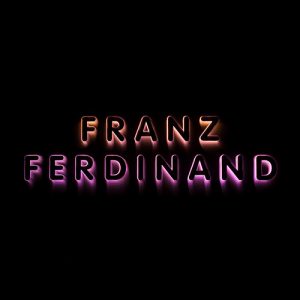 t’s safe to say that Franz Ferdinand are not the band they were in 2002. In 2018, there is a monumental gulf between the sharp-suited, fresh-faced band that released Take Me Out in 2004 – and not just sartorially. Musically, their fifth album is as recklessly experimental as anything they’ve done before; in frontman Alex Kapranos’s own words, both “futuristic and naturalistic”, pushing things forward without resorting to computers, programming and studio trickery to fill in the gaps.

Given that they’re down one of their original members since 2013’s Right Thoughts, Right Words, Right Action, you’d assume that there is a gap to be plugged. Yet in many ways, the omission of founding member and guitarist Nick McCarthy, who departed in 2016 after 14 years, has refocused the Glaswegians and set them on a new course; the foot-stomping, serrated riffs and singalong anthems like Take Me Out and Do You Want To? are fewer and further between here.

Indeed, the addition of two new members, meanwhile (guitarist Dino Bardot, formerly of Glasgow indie band The 1990s, along with producer Julian Corrie on keyboards) seems to have breathed new life into Kapranos and co; the post-punk sound that they made their name with in the mid-noughties is now replaced by a glitzy, synth-driven electro-pop vibe.

There have been other changes afoot, too. Following their unusual but successful collaborative album with Sparks under their waggishly-titled FFS guise in 2015, the band got political for the first time by releasing Trump protest song Demagogue in 2016 before heading into the studio with Phillipe Zdar – a member of French synthpop outfit Cassius and a producer best known for his work with Phoenix, Cut Copy, Chromeo 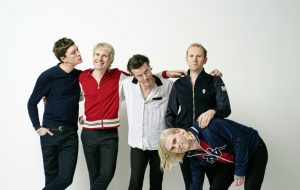 It comes as no surprise, then, that their fifth album sounds different from the opening bars. The title track opens proceedings with a disco ball-illuminated bang climax of syncopated synths and a pulsating throb that’s worthy of any club dancefloor.

The template is adjusted once again with Lazy Boy’s murmured bassline and stuttered groove, a retro synthesiser warble giving it a gauzy 1970s hue as Bardot’s hooky riff leaves an earworm in its wake.

The rambunctious, celebratory bumble of Finally perhaps sees Kapranos acknowledging the band’s new and improved line-up with the exultant line “Finally I’ve found my people”, and although his wistful musing on humanity’s obsessions with social media and technology on The Academy Award offers little original insight (“We’re starring in the movie of our lives, and the Academy Award for good times goes to you”), it’s a welcome change of pace amidst the glitzy onslaught. There’s even room for a dash of humour with Lois Lane’s wry refrain of “’You could be happy at the over-30s singles night/ It’s bleak, it’s bleak, it’s bleak/ See you next week”.