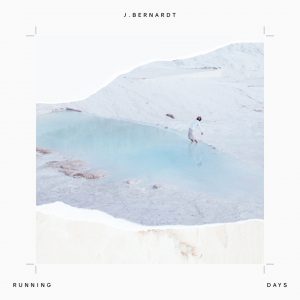 J. Bernardt is proud to announce that he will release his debut album Running Days on 16 June, 2017 via Play It Again Sam. Today he shares the opening track from the album, ‘On Fire’, as a subtle statement of intent. It’s warm piano chords, persistent guitar hook and gospel infused harmonies melt away as he soulfully laments, “No way back to where we came from”.

It’s an innocuous lyric, but one that nods to both the changing nature of love and a sea-change in J. Bernardt’s sound; as he shifts gears from being in a band known for effervescent ’60’s-tinged indie-pop, towards a deeply personal soul-inflected sound. “Looking back, I suppose I didn’t know what I was making during the making of the album” he says. “But now when I listen to it I find it hard” he pauses, “It’s such an honest record”.

J. Bernardt is the nom de plume of Jinte Deprez, a singer-songwriter and multi-instrumentalist, whose career has been largely focused on Belgian pop institution Balthazar, that is, until now. All too often, when artists go solo after a long time in a band, there’s a tendency for them to fall into well-trodden routines when writing—something Deprez won’t deny he had to shake off. “I’m a very automatic songwriter, so at first I was still creating Balthazar-style music”, he says. But after experimenting with a Korg PolySix, the project began to evolve, drifting further from his comfort zone as he explains, “Working alone I learned that music’s not hard to create, but it is difficult to finish” he laughs. “And that was the most interesting part of this journey – and definitely what I needed – because when you’re on that kind of path you discover something new about yourself”. 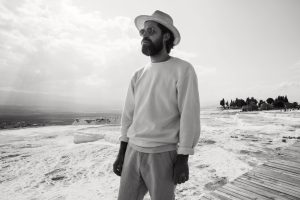 On this his road to self-discovery, Deprez began to play with the sort of genres he’s always had a passion for, but rarely got to express in Balthazar, “I still love the old-school ‘60s sound we created in the band—but for this project I began to think about what I’d play at a house party”. It’s perhaps for this reason, that Running Days brims with elements of R&B, soul and hip-hop; echoing the emotional clarity of ‘90s-era D’Angelo and the vocal resonance of How To Dress Well, over beats inspired of Child of Lov and the melodic simplicity of Gorillaz. Whether in the sunny vocal hooks of ‘The Direction’, the jazzy, mellifluous horns of ‘Wicked Streets’ and ‘Motel’, or the lush serpentine rhythms of ‘Calm Down’, which surges with synths and skittering breaks.

Perhaps Running Days most surprising facet is the slickness of its production, something that belies the aesthetics behind it’s recording, “I really wanted this to be a very DIY album”, explains Deprez, who recorded the bulk of the LP in his home in Ghent. His intention behind this process, was as much about convenience as an attempt to get away from the circus of life in a band, “As Balthazar grew so did the tours, the crew and the involvement of the label” he explains. “So I felt the urge to get some distance from that and find something new and more straightforward”. But mining personal experience was an alien concept for Deprez, especially coming from a well-established group, “When you write an album with a band It’s hard to get really personal, because you’re not saying something for yourself, you’re saying it through five other people”, he says.

This new emotional rawness is something Deprez joking describes as ‘Cry Disco’, “I like that term, because while the music is uplifting, it holds a lot of lyrical sadness” he says. “I enjoy that balance, because while I don’t want to be too dramatic about stuff, I don’t want to be too happy either – in my mind I guess I’d like to be the preaching crooner” he laughs. ‘The Other Man’, which is titled somewhat ironically, exemplifies exactly this mode, moving away from themes of ‘the other’ to capture a resonant moment in time. “It’s an introverted monologue” he says of the song, “It’s not about love, or other people, it’s about me. It’s about self-exploration, self-doubt, the end of my 20s and becoming 30, and like…what the fuck?” he laughs.

For a record so steeped in themes of love and loss, J. Bernardt’s Running Days remains incredibly warm, while avoiding dramatic cliché, perfectly melding his love of potent melodies, heartfelt lyricism and lush vocals. It marks the start of a spectacular era in Deprez’s work – one of beguiling rhythms and personal revelation – which leaves the record posing an open-ended question: not about what he is running away from, but what glittering new chapter he is running towards.