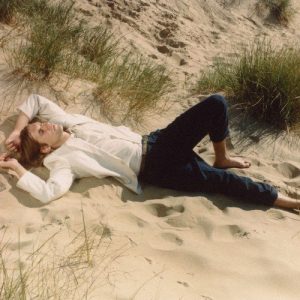 Already something of a cult figure in Helsinki, where he lives and works part-time as a tram driver, Jaakko’s (pronounced “Yah-koh”) debut release for the label is an alluring introduction to a charismatic artist whose softly psychedelic pop blends funk and folk in an intriguing and highly satisfying manner. A self-taught multi-instrumentalist who is happiest behind the drums, Jaakko plays, sings and produces all his own material. Having released a steady stream of diverse music on local labels for several years, Jaakko has long been considered one of Finland’s most promising young artists and with his signing to Weird World becomes the first ever Nordic artist to work with Domino or its subsidiaries in the label’s 20-year history.

As a taster for his album due next spring, Dreamzone’s four songs take their cues from influences as broad-ranging as Lee ‘Scratch’ Perry (for his “singularity and drive”, explains Jaakko), the “softness and adultness” of Chris Rea, Finnish composer Jimi Tenor and the hyper-vivid fantasy worlds of the more contemporary Ariel Pink and Connan Mockasin. The result is a hugely enticing window into Jaakko’s world – a colourful, magical place where everything happens in its own time and nature and technology get along harmoniously. The EP’s lead track, ‘No End’, a duet with Helsinki vocalist Suad Khalifa, is an opiated love song tethered to a dubby groove, its cantering rhythm splashed with sax and an unforgettable keyboard solo. Well named, ‘No End’ is one of those tracks that could happily coast on forever. 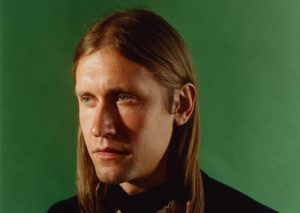 Equally special, not to say idiosyncratic, ‘Memories’ is a blissed-out psych-funk cut inspired by, Jaakko recalls, an old episode of Ren & Stimpy. “But the song is basically about my bad memory,” he says. The heady swirl of ‘Uu uu uu’ first came to Jaakko in a dream as a child. “For some reason I remember it: the feeling that it’s so bright that I can’t open my eyes. Perhaps it’s about seeing reality as it really is.” Of this impressive quartet, ‘When You Walk Through Them All’ is the one that always turns heads. In Jaakko’s Dreamzone, this becomes a far-out soft-rock number primed for drivetime through endless pine forests. “I think good songs work like an inkblot picture where everybody sees something different,” says Jaakko. “I personally like to have my own meanings and don’t really like when the ‘message’ or idea is too in your face.”

Born and raised in the central Finnish lakeland city of Jyväskylä, Jaakko’s musical journey began in the mid-’90s when, aged 11 or 12, he discovered the progressive metal of US rockers Dream Theater, whose riffs he and a pal would play on guitar. Hip-hop came next and Jaakko learned to make beats using Fruity Loops and a sampler. There followed passionate investigations into reggae, disco, techno and whatever else his friends or the internet happened to introduce to him. Now, Dreamzone marks a fresh chapter for Jaakko.

“I feel that I’ve become more aware of my touch or sound,” he says. “I think my music has become more emotional.”

Like most focused musicians, Jaakko might sometimes be accused of living in his own world. But when a record as enticing as Dreamzone appears, you wonder why he’d ever want to step back into reality.

In this age of constant connectivity, switching off has become one of the great luxuries, and on “Out of Touch” – Jaakko Eino Kalevi’s second album for Weird World – Jaakko explores what he calls this “essential, blissed out” state. “Out of Touch” feels like a natural step forward for Jaakko Eino Kalevi, whose skills have led him down intriguing paths in the time since his last full-length. Notably, he played on David Byrne’s recent “American Utopia” album, and in 2016 he was invited to join the line-up of cult Belgian new-wave band Aksak Maboul for a run of shows.