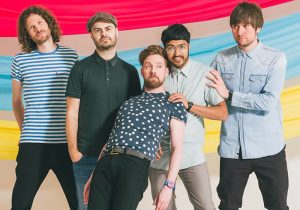 Kaiser Chiefs announced the release of their seventh studio album on Monday (Sept. 17) via Twitter. The new album, which is currently untitled, will serve as the follow-up to 2016’s Stay Together.

The indie rockers will also embark on a tour in support of the album, which consists of 21 dates in the United Kingdom and Ireland and begins Jan. 24 next year.

Fans that preorder the album by 3 p.m. Tuesday will be allowed early access to tickets, with tickets going on sale to the general public on Friday.

Check out the album announcement and the tour dates below.

We’re incredibly excited to announce we’re heading out on a full UK tour! AND we’ve got a new album coming!