Albums often try to evoke a time and place, few manage to do that with such startling effect as the unlikely collaboration, Leave the Bones, between the multi-generational Haitian band Lakou Mizik, and Grammy-winning electronic music artist Joseph Ray.

“Haiti” is a word that conjures up a lot of images, it is a country judged by many, most of whom have never set foot on its shores. But its history is rich, its people proud and defiant, and nowhere is that more evident than in its music. Culture is what defines the country – its drums and Vaksins (traditional horns) are symbols of freedom and pride, liberty and struggle, and represent the escapist joy of dancing.

Leave the Bones paints a musical portrait, a fresh glimpse of an oft misrepresented country, that through Vodou chants, chest-pounding Rara dance tunes and contemporary protest songs, conveys the listener to Haiti’s spiritual heart, a place that remains a compelling mystery for foreigners and a source of pride for every Haitian.

Since its inception Lakou Mizik has sought to re-define people’s conceptions of Haiti through its music.

The nine piece band, formed in 2010, is emblematic of the melting pot that is Haiti’s musical culture. Lakou’s figurehead, Sanba Zao, one of only ten original Sanba poets left, played a central role in Haiti’s Rasin (roots) movement of the 1980s, which sought to re-imagine traditional Haitian Vodou music through radical experimentation with modern instruments. This spirit of Haiti’s rich musical history underpins Lakou Mizik today; a multi-generational genre-blending ensemble that plays traditional Haitian music with a punk energy and a deep sense of their heritage.

Joseph Ray, a GRAMMY winner and founding member of the pioneering platinum-selling electronic music trio, NERO, had never heard of Lakou when he arrived in Haiti in 2015, having volunteered to teach a course at Haiti’s only music production and audio engineering school, the Artist’s Institute.

Ray stumbled on Lakou at a tiny beach side club in Jakmel; the scene that night was frenetic and ecstatic, evocative of the spirit of Ray’s early electronic music clubbing experiences. The band’s organic power entranced Ray, who started to see the possibility of merging his cinematic electronic based-production style with Lakou’s own traditional dance rhythms. Their subsequent six year journey led to Leave the Bones, teaching Ray more about himself and music than any other period in his life.

Ray had initially wanted to sample the band, and overlay them on traditional 4×4 electronic beats, but he realized this approach would not evoke the spirit he was so captivated by. Lakou’s organic style needed more room to stretch and breathe, and the album became far more collaborative and deeper in scope. Ray was forced to rethink his approach, learning how to produce and engineer for a nine piece band, incorporating new time signatures to capture Lakou’s complex drum patterns, lacing in 1930s field recordings from ethnomusicologist Alan Lomax and replacing synth sounds with Mbrias and conch shell samples that he stretched.

Leave the Bones weaves us through the euphoric swagger of No Rival!, to the bluesy beautiful melancholy of Lamizè Pa Dous (Misery Isn’t Sweet).

It takes us to dance in the mystical underworld of Bade Zile (Under the Island), yet offers lessons for the living, reminding us we should not underestimate those who seem easy to walk upon on Zeb Atè (Grass of the Earth), and that we are all people, Nou Tout Se Moun.

Leave the Bones is a record that sounds like it could come from nowhere else, and while its rhythms undoubtedly possess a universal danceability, their meaning and depth are also unique to Haiti. It’s powerful to imagine these tracks being played on dancefloors in Miami, London or Ibiza, transporting people from around the world, inviting them to dance, celebrate and get lost in the richness of Haiti, if only for a moment. 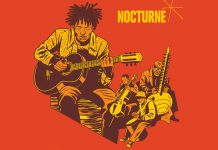 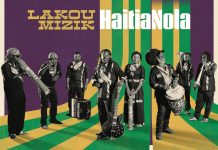