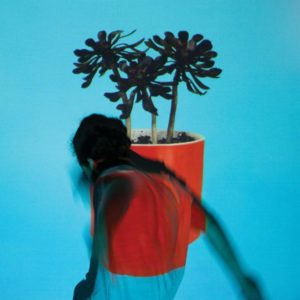 Formed in 2008, Local Natives craft their dramatic and eclectic brand of indie rock from their home base in Los Angeles, California. Meeting in their Orange County high school, guitarists Ryan Hahn and Taylor Rice and keyboardist Kelcey Ayer (all of whom handle vocal duties) recruited drummer Matt Frazier and bassist Andy Hamm and moved to Silver Lake, where they began to forge their highly collaborative sound. 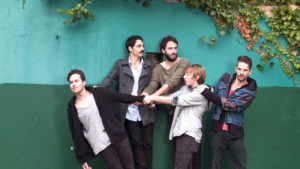 Utilizing lots of vocal harmonies and drifting, dreamlike melodies, Local Natives have an intricate sound based around the delicate interconnectedness of all of their parts. This gives the band a sound that is orchestral while still feeling understated, evoking the carefully assembled pop of Grizzly Bear. Their debut, Gorilla Manor, arrived in 2009 through U.K. label Infectious Records (with a domestic release coming by way of Frenchkiss in 2010). In 2011, Andy Hamm left Local Natives, leaving them to continue on as a quartet. In 2013, the band returned with its second long-player, Hummingbird, featuring the single “Breakers.” Shortly after the album was released, it was announced that Hamm’s touring replacement, bassist Nick Ewing, had officially joined the band. Now a quintet, Local Natives continued to tour in support of their sophomore release, which reached number 12 on the Billboard 200 as well as charting in parts of Western Europe.

Their well-anticipated third album, Sunlit Youth, arrived in the summer of 2016 via Infectious and Loma Vista Recordings.