Crazy Horse just veers off the beaten path with the East/West combo with Mr. Duplessy and Mr. Regnard providing the flourishes against some catchy percussion, before giving way to the elegant lines of “Montagnes” with Mr. Gan, Mr. Dandarvaanchig and Mr. Khan in this sweeping musicscape.

Whether it’s the raucous ride across the steppes or the slow amble next to a lazy stream, Crazy Horse has your musical escape covered.

Musician autodidact, Mathias made on his guitar since the age of 6 years. In his youth, he is passionate first for classical music, especially for Ravel, inexhaustible source of inspiration. There followed the discovery of jazz, Miles Davis, John Coltrane, echoing in his Walkman on the way to school.

He flies the nest at 18 and soon accompanied on stage the big names of world music in Paris … He regularly stays in Granada, where he learned flamenco from the gypsies. He develops and invents particular techniques for the right hand (rasaguedo) it will use on stage or in his compositions.

Lovers of traditional music he learned to play instruments from around the world … Morin khuur, igil, fiddles, berimbao, flutes and percussion instruments of all kinds, saz, oud, banjo populate his recording studio and feed orchestrations. Mathias likes to divert, mix, reinventing the art of these instruments far universe trails of their origins by superimposing his voice sometimes sensual, sometimes overtone.

Mathias is also a film buff, he composes regularly for films, documentaries and performs himself all his videos. In 2014, he composed music for the Indian film Finding Fanny gets two nominations for best background score (Film Fair Award & Radio Mirchi award). His work is particularly marked by the composers of the 60s and 70s as Nino Rota, Ennio Morricone Michel Legrand and Vladimir Cosma …

In 2011 Mathias first met Jeremy Jouve will quickly become the ambassador of his pieces for classical guitar, played today by leading international soloists.

Insatiable, curious, Mathias Duplessy has continued to diversify its sources of inspiration, and collaborate with artists of all traditions, abolishing the boundaries of genre, leading to unparalleled style. 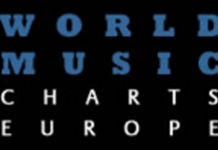