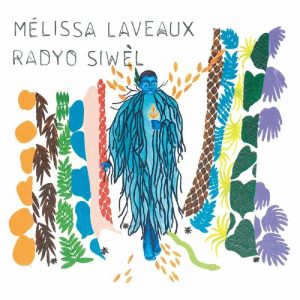 April 2016, Canadian singer Mélissa Laveaux heads to Haiti, her parents’ homeland. 20 years have gone by since she last stepped foot there. Here she is today, still a stranger to a country that is very much an intricatepart of her identity. She discovers an extraordinary heritage: the folk songs that have bred and nourished Haitians artists for decades. Returning from Haiti with sounds, melodies, moods andstories of distant times, upon which Mélissa built the musical backbone to Radyo Siwèl. A re-interpretation, sometimes from scraps, sometimes from a few phrasesin a book, from traditional tunes to vaudou anthems, sewn together like a patchwork of intersecting identities. 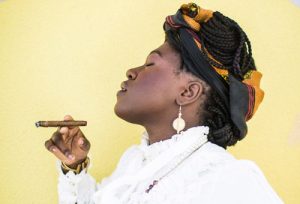 Draping them in her indie rock aesthetic, percussive and sinuous guitars, Mélissa’s voice booms and unfurls to give the music it’s distinct sound. The overall result benefitting from the surreal halo that the jacks-of-all-trade A. L. B. E. R. T. studio achieved to make way for these dark or light meditations, enriched by the notable shining presence of Drew Gonsalves, leading man and songwriter of Trinidadian band Kobo Town, on guitar and quattro. Mélissa then reimagines a past, that can only serve to open up a future of new possibilities. A fairytale still looking for it’s happy ending. Starting at the roots, she chose the branches and leaves of the stories she best knew how to tell – piecing together an odd tree. It yields the little hog plums which endemic to Haiti, “siwèl” in creole.