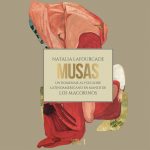 Her father, Gaston Lafourcade, founder of the Association of Organists and Harpsichordists of Chile, served as professor at the National Autonomous University of Mexico (UNAM). Her mother, Maria del Carmen Silva Contreras, also a music educator, created the Macarsi Method of Musical Education. Natalia spent much of her childhood in Coatepec, Veracruz surrounded by music and art.

After joining a pop group named Twist at age 14, Natalia decided to formally study music. She gained a musical foundation in guitar, piano and voice in Mexico City and continued studies in Boston. At age 16 she began to write songs.

In 2002, at 17, Natalia signed with Sony Music and recorded her debut album Natalia Lafourcade, produced by Loris Ceroni and Aureo Baqueiro. In 2005 she was joined by her band La Forquetina for her second album Casa (which received a Latin Grammy for Best Rock Album by a Duo or Group with Vocal ).

In 2006, after nine months in Canada, she wrote instrumental compositions for an EP, Las cuatro estaciones del amor (The Four Seasons of Love) (2006), recorded in collaboration with the National Youth Orchestra of Veracruz. At the same time she was writing songs that were later to be released on her fourth album, HU HU HU (2009).

Having a strong social conscience, Natalia has supported various humanitarian causes such as Un techo para mi pals (A roof for my country), El Caracol Foundation, the Ponte Oreja project of the MVS Foundation, and the Camino Segura Foundation in Guatemala. She is a spokesperson for Save the children and supports SIVAM (Sociedad Internacional de Valores de Arte mexicana A.C.). She wrote the theme song Un derecho de nacimiento (A Birthright) to help the political youth movement YoSoy132. 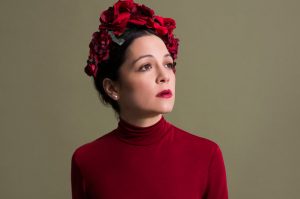 Natalia’s singing is heard on the Spanish soundtrack of the 2009 film El Gato con Botas (Puss ‘N Boots) and in the music for the Mexican television series Locas de Amor (Crazy for Love) (2009).

She produced music for artists such as Carla Morrison and Ximena Sariria. During a concert in celebration of the Mexican Bicentennial of Independence in 2010, she sang with Ely Guerra, La Blondo, Alondra de la Parra and the Philharmonic Orchestra of the Americas. She collaborated on soundtracks for films such as Amarte duele (It hurts to love you) (2002), Temporada de patos (Duck Season) (2006), and No se si cortarme las venas o dejarmelas largas (I don’t know whether to cut my veins or grow them long) (2013). Her appearances on screen include acting in the 2012 film, El cielo en to mirada (Heaven in your Eyes), directed by Pedro Pablo Ybarra, and a segment in the documentary Hecho en Mexico (Made in Mexico), produced by Duncan Bridgeman. She was also the subject of a reality show entitled Mi Mundo Privado (My Private World).

In 2013 Natalia wrote the music for the tourist and cultural project “Yo descubri Yucatan (I discovered Yucatan)” The following year, she was one of five artists selected to make a playlist to accompany Spotify users during their tour at the Palacio de Bellas Artes of the exhibition En esto ver ague°. (In this see that) about the work of Octavio Paz.

Her latest recording released in January 2015, Hasta la raiz (Down to the root), debuted at No.1 on iTunes and Deezer.

In addition, the singles Hasta la raiz and Nunca es suficiente (It’s never enough) reached No.1 in the Viral 50 list on Spotify Mexico and within the Top Ten in the global category. This production has already achieved sales in platinum and gold in Mexico and gold in Italy. It received five Latin Grammys in 2015: Best Record of the Year, Best Song of the Year, Best Alternative Music Album, Best Alternative Song, and Best Engineered Album, as well as a Grammy (U.S.) for Best Latin Rock, Urban or Alternative Album (2016).

Throughout her career, Natalia has received numerous honors and awards including Grammy Awards and MTV Latino awards.

Her undeniable talent and success are recognized from the Americas, to Europe, to Asia. She is an artist with charisma, a creator of contemporary music with immense appeal. Her audiences in all corners of the globe appreciate the simplicity and beauty of her interpretation. She is without a doubt an outstanding representative of the music of Mexico.

Mexican singer/songwriter Natalia Lafourcade recorded Musas “on a whim,” during vacations in Brazil. “That always happens. I start working while on vacation,” Lafourcade tells Billboard ahead of the release of the new instrumental-driven record due May 5.

“It wasn’t in my plans to release a new album, but I had this desire to record with Los Macorinos and just make music for myself. But now here we are, releasing a new album.”