The Rails is a folk rock band from London, England, composed of husband and wife James Walbourne and Kami Thompson.

Produced by Stephen Street (The Smiths, The Cranberries, Blur), Cancel the Sun is the third album by The Rails featuring Kami Thompson and husband James Walbourne. It’s the first on which they’ve written together and furthers the rockier, more electric guitar feel introduced on its immediate predecessor, Other People.

As such it opens in blistering form with Call Me When It All Goes Wrong, although even the snarling guitars that echo Walbourne’s work in The Pretenders can’t match the intrinsic folk heritage in Thompson’s voice or the melody lines inherited from her father Richard.

Equally punchy (and here closer to his Son Volt collaborations) is Ball and Chain with Walbourne singing lead. By and large, though, no one who embraced the previous albums is going to be alienated by anything here, the Thompson musical DNA still clearly in evidence even while they ride the stylistic range.

The acoustic slow waltz strum Mossy Well, as the title might suggest, Walbourne taking lead and Thompson harmonising, draws on family folk influences as does the traditional slow march 60s baroque Dictator with its brass flourishes and harpsichord. 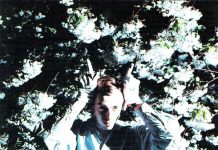 ALAN STIVELL – THE GREAT KELT HAS A FIVE STARS ALBUM