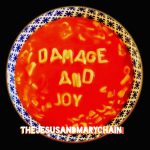 In the nearly 20 years since they last released a record as the Jesus and Mary Chain, the Reid brothers stayed busy with new bands and solo careers. They reconvened the band occasionally for live shows and tours, but the recording studio wasn’t a place the notoriously disaffected siblings felt comfortable visiting together. That changed in 2015 when the pair reached a level of détente sufficient to start working together and in 2017 they released their seventh album, Damage and Joy. Along with writing new songs, Jim and William rounded up some of their favorite songs done solo or with other bands over the years, then redid them in cohesive fashion. They also took back two songs they gave their sister Linda for her band Sister Vanilla and laid down a new version of “All Things Must Pass,” a song they recorded in 2008 for the soundtrack to Heroes. Working with 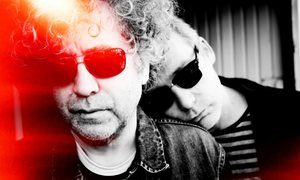 producer Youth, the brothers called on drummer Brian Young and a bevy of backing vocalists (Isobel Campbell, Sky Ferreira, sister Linda) to help craft a record that revisits just about every sound the JAMC did post-Psychocandy. It would have been a mistake to try to recapture that once-in-a-lifetime event, so instead they touch on the drum-machine blues-punk of Automatic on “All Things Pass,” the stripped-down pop of Darklands on “The Two of Us,” and quite a bit of the weathered and torn acoustic balladry that dominated Stoned & Dethroned. Both “Always Sad” and “Song for a Secret” quote almost directly from that album’s big hit, “Sometimes Always”; the former even lifts the guitar solo note for note. The rest of the album sounds like a dead ringer for 1992’s Honey’s Dead, which was heralded as their return to the noise and nastiness that made them a sensation. Quite a few songs could have been on that album or served as B-sides; a couple could have even been singles (especially the romping bit of dead Kennedy nostalgia “Presidici [Et Chapaquiditch]”).

Anyone expecting anything new from them will have to be content with the big ballad “Los Feliz (Blues and Greens),” which adds strings to the arrangement while borrowing from Tom Petty’s “Free Fallin’.” Otherwise it’s business as usual, from the time-honored melodies to the questionably rebellious lyrics, wrapped in grungy guitars and topped by Jim’s suitably snarling vocals. As far as nostalgia trips go, it’s a solid effort. Both brothers sound engaged in a way they didn’t on their pre-breakup album, Munki; the guest vocalists add some nice texture; and almost every song sounds comfortingly familiar. There’s nothing here that might jolt anyone out of thinking the album came out in the mid-’90s, nothing that will thrill or shock as it spins to a predictable close. It might make their fans happy, but for a band that claims to be dangerous and rebellious, it goes a long way toward reinforcing the fact that the JAMC are no longer either of those things.