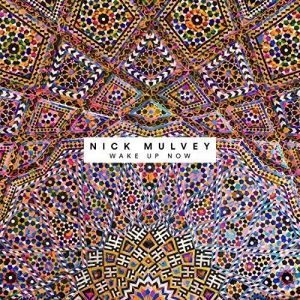 London-based songwriter Nick Mulvey already had a wealth of musical knowledge before coming to the fore with a solo project in 2012, with years of formal education in Havana, Cuba studying music and art, as well as being an active member in Mercury Award nominees Portico Quartet. His first musical interactions were with piano and drums before he acquired a guitar in Southern Spain at the age of 18. He moved to Cuba a year later, and returned to the U.K. to study ethnomusicology at the School of Oriental and African Studies, submerging himself in different styles of music but specializing in West and Central African in particular. It was during this time that Mulvey met his Portico Quartet bandmates in 2005, where he played the Hang. After a successful stint with the outfit — which included a Mercury Prize nomination in 2008, 150 shows worldwide, and signing to Peter Gabriel’s Real World Records — Mulvey decided it was time to leave in 2011 and return to his first inspiration, the guitar.

With an abundance of genres at his fingertips, Mulvey set about creating a sound that was both striking and individual, intertwining influences of great musicians such as Nick Drake, 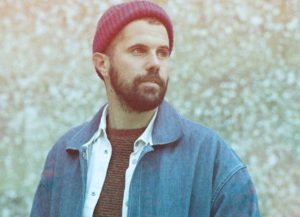 Joni Mitchell, and Tom Waits with a variety of African styles, including guitarist Kawele. This resulted in the sweet melodies and rhythmic strumming patterns that can be heard on his Fever to the Form EP, which was produced by Dan Carey (Steve Mason, Bat for Lashes) and released in 2013. In the meantime, he supported the likes of Willy Mason, Lianne La Havas, and Laura Marling on tour. Mulvey’s full-length debut, First Mind, arrived in 2014 via Universal’s Fiction and Harvest Records. It became a Top Ten album in the U.K. as well as a Mercury Prize nominee. His second LP was recorded live in the studio with his band and producer Ethan Johns before being passed along to Carey for finishing electronic touches. Titled Wake Up Now, it was released in mid-2017 and addressed topics including the refugee crisis.

While making his second album, Nick Mulvey spoke with Brian Eno about the value of collaboration. Those conversations clearly took root: recorded live with a cast of friends, Wake Up Now rings with communal spirit, its rich layers of music and vocals accenting the calls for empathy and unity in songs about the environment (“We Are Never Apart”) and immigration (“Myela”). There’s also a hint of Eno in the hypnotic grooves that drive “Remembering”’s Afro-pop and “Imogen”’s skilful fusion of folk and trip-hop, while Mulvey proves equally effective at simple intimacy on closer “Infinite Trees”.