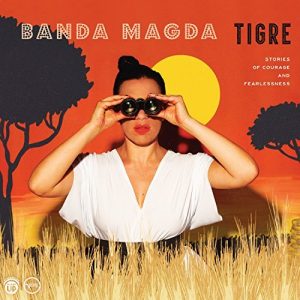 On the heels of an amazing experience making Yerakina, we are so very excited about all we’ve learned about our music, the stories we want to tell, the makeup of our visual world, and how we can better and more deeply engage with you, the people whose love for Banda Magda is the #1 reason we keep making it bigger and better and deeper.

With this energy, curiosity, and sense of artistic urgency, we are once again assembling our ever-expanding multi-cultural family of musicians, engineers, and filmmakers, as well as a new cast of visual artists to bring you Tigre, a collection of songs, instrumental music, stories, and short films about the many faces of fearlessness. In Tigre, our musical universe comes together in a bricolage of cataclysmic percussion, buoyant strings, glimmering harp and vibraphone, and the warm savvy of the Snarky Puppy horn section. Weaving together these sometimes disparate sounds is producer extraordinaire Fabrice Dupont, in concert with long-time collaborator, Michael League , who will additionally be making his debut as a 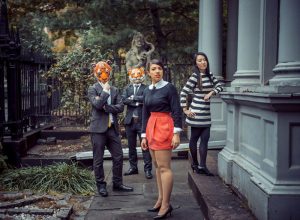 The sum of these enhanced techniques will allow us to establish a through-line in each of the pieces in this multi-disciplinary work which speaks to courage in the face of adversity. In times of adversity, what keeps us moving forward are messages from our fans, describing how meaningful our music is in their lives. That is why, for this 3rd opus, we would love to blur the line between creator and audience and involve you in the creative process, at the maximum of our capacity. Through PledgeMusic, you can choose the way in which you would like to personally be involved, and take part in creating, alongside the musicians, visual artists and engineers, the bold, hopeful, and fearless Tigre.