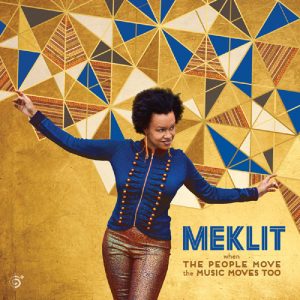 MEKLIT – WHEN THE PEOPLE MOVE, THE MUSIC MOVES TOO (SIX DEGREES 2017)

There are many well-appointed rooms in the mansion that is Meklit, and her breathtaking new album sounds at home in every one. The Ethiopia-born Oakland-based artist has belted “Cold Sweat” with James Brown saxophonist Pee Wee Ellis, cofounded the visionary pan-African Nile Project ensemble, and lectures widely about liminal identities as a TED Senior Fellow. 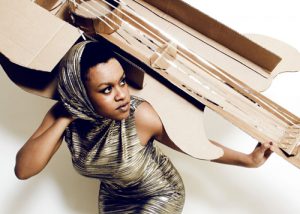 “In the past what’s happened is that every song or album has taken more weight from one set of influences,” Meklit says. “On We Are Alive one song is more singer/songwriter, one is more jazz, and one is more Ethiopian. Meklit and Quinn is about singer/songwriters. The Nile Project is more East African. But on this album it’s all there. I finally understood how to bring every influence into every song.”