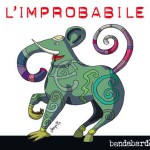 Italian music. Let’s face reality. For us it is not too well known. Why? Because it is not part of the hegemony of Anglo-American scene. That is essentially positive; it retains its own national face and thus contributes to the diversity of the music world. But Italian music has not the best reputation in Slovakia, especially among rockers. This can be somehow understood. Decades it has been represented in its commercial form, very sweet, conventional, and often cheesy. But in fact that is the reality that the rock has partly and rightly pushed it from the circle of interest. At the time he was represented it looked innovational, fresh. Today it looks different. Rock got into the position in which was once Italian music. It is unremarkable, ragged, empty. And all this for a long time absence of Italian music in our radio stations many things have changed in Italy. Northern Italy (Milan) offered an interesting nu jazz and lounge music, south (Naples) since the onset of world music became a hotbed original fusion of folk and folklore with modern forms of music. Group Bandabardó line represents the alternative Italian artists occupying positivism. They became “fricchettoni” (freak-Etton, a modern version of Italian hippies), spreading revolution manifesto enthusiasts’ interpersonal relationships, and tolerance races based on their cultural exchange. Many of their songs became folk and some of their albums have been awarded by music critics. They have burlesque folk character, full of humor, frisky, but sometimes even nostalgia and mooniness, mergers folk rock and folk with elements of pop, opera, and operetta. Many melodies abound with the value of evergreens happy beats from period sixties and seventies. And that is just what today’s Anglo-American pop music is missing – summer, light, fresh hits, giving carelessness, while they stay artistically acceptable and original. The new album „Bandabardó – L’Improbabile“ accomplished hopes gave into this band for 20 years. Friends, we have summer, at least for a while leave dark side of dark music and let a little chill out on the beach. While there listen to songs such as Sbuccio from Bandabardó or Ce’sempre un buon motivo, and La selezione naturale. 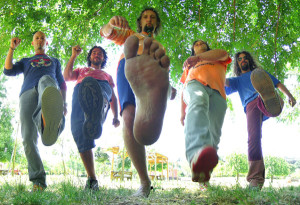