Bicep are an electronic music production and DJ duo from Belfast, Northern Ireland, consisting of Andrew Ferguson and Matthew McBriar. On their album “Isles”, they provided consolation to all those who miss club nights. Their new songs are a modern trip into the history of global dance music.

Two years in the making, “Isles” expands on the artful energy of their 2018 debut “Bicep”, while digging deeper into the sounds, experiences and emotions that have influenced their lives and work, from early days in Belfast to their move to London a decade ago. “We have strong mixed emotions, connected to growing up on an island” they say, “wanting to leave, wanting to return”. “Isles” is, in part, a meditation on these contradictions, the struggle between the expansive and the introspective, isolation and euphoria.

The breadth of music they’ve been exposed to in London during this time informs “Isles’” massive sonic palette; both cite the joy of discovering Hindi vocals overheard from distant rooftops, snatches of Bulgarian choirs drifting from passing cars, hitting Shazam in a kebab house in the vain hopes of identifying a Turkish pop song. But time away from home has also made the pair more reflective about the move between islands which led them here.

For two natives of Belfast, any talk of islands, communities and identities will also have other, more domestic connotations. Before this project, it was an aspect of their lives they’d been reluctant to talk about.

“It’s always been an unquantifiable topic for us” says Matt. “We’re not religious, but we’re both from different religious backgrounds. There was always a lot of interest in us talking about that part of things in the early days, but we weren’t interested. We always felt that one of the things we loved about dance music was that freedom it gave you to be released from talking about those things. It provided a middle ground. I think we took for granted how much that meant at that time”.

“Isles” is, perhaps, a chance to explore this background in ways that don’t conform to the stale, sensationalist narratives about Northern Ireland that predominate elsewhere; to ground those experiences in reality, and reflect on the gaps music can and can’t bridge.

“You’d enter the club and it would be people from both sides of the tracks and they’d be hugging” says Andy, referring to massively influential Belfast club Shine, where both cut their musical teeth. “And the following week, they’d be with their mates rioting. It felt like the safest place but, on paper, it should have been the most dangerous”.

Musically, too, they find echoes of those days in their work. “It was like being smacked in the head with a hammer” Matt says, of the tunes that defined that scene, and which find expression in “Isles’” most raw and energetic corners. “It was either very intense, in-your-face Italo tinged electro or really aggressive techno”.

‘Atlas’, the first track drawn from the record, speaks to these roots.

Lead single ‘Apricots’ has a similar feel, steeped in a shimmering bath of warm synths, its spare percussion and arresting vocals bring the big room chills of 90s rave, while still evoking something lost or forlorn. It’s a tone perfectly captured in ‘Apricots’ soulful and disorienting video by Mark Jenkin, fresh from winning 2020’s Bafta for Outstanding Debut by a British Director for his film ‘Bait’, or the album’s striking, explosive artwork by Studio Degrau, creators of the iconic imagery for the duo’s first album.

“The previous record was written from a very happy and almost naïve place” says Andy. “On your first album, you can finally express what you can’t on an A-side or an EP. But, touring it for three years, you figure out what makes a good song; what gives it longevity”.

Drawing on this experience, the pair wanted “Isles” to be a “a snapshot in time” of their work in this period, rather than a start-to-finish concept album. To do this, they drew from a massive pool of 150 demos. Whittling the record down to ten tracks was their first major challenge.

“That’s the creative element in the beginning” Matt says. “The blue sky approach; stitching stuff together and jamming over the top. But then you get to the next phase where you tell a story with what you’ve got, get them to communicate what we feel when we listen to them. We’d spend a week working on a track and find a breakthrough moment where it would work in so many iterations. It comes alive as a piece”.

“On an album, you want loads of detail for people listening at home” adds Andy. These details are everywhere on “Isles”. ‘Saku’s two step polyrhythms and Clara La San’s honey-sweet vocals feint toward UK Garage before diving, chest-first, into cosmic synths. Like 90’s RnB channelled through peak John Carpenter, it’s a track that demands, and rewards, multiple listens, suffused with the melancholic undercurrent that gives “Isles” its cathartic punch. ‘Cazenove’, another standout, pairs pitch-shifted choral elements with moody pizzicato strings and rave synths, combining to form a slowly building retro-futurist soundscape, Studio Ghibli one moment, Studio 54 the next.

This globe-trotting sound was forged as their own rapid ascent through the musical ranks began.

After starting their legendary FeelMyBicep blog in 2008, its humble trove of Italo, house and disco deep cuts grew into a runaway success, regularly chalking up over 100,000 visitors a month. Once the blog had spawned a record label and club night, the duo were propelled on to the international stage via sought-after DJ sets that reflected the eclecticism of their online curations. Following success with productions for Throne of Blood and Aus Music, Bicep were signed to Ninja Tune in 2017, where they released their wildly acclaimed self-titled debut album the following year, attaining a Top 20 entry in the UK charts, and a cover feature in Mixmag to add to the magazine’s gong for “Album of the Year”.

Tracks like ‘Opal’ — and the subsequent Four Tet remix— as well as he record’s lead single ‘Glue’, with and its iconic Joe Wilson-directed video, became touchpoints for electronic music in 2017, with the latter named DJ Mag “Track of the Year”. The ‘Glue’ video, alongside Bicep’s RA Live performance were also recently included in the lauded ‘Electronic’ exhibition, first shown at the Philharmonie de Paris last year and most recently at London’s Design Museum. 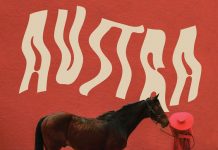