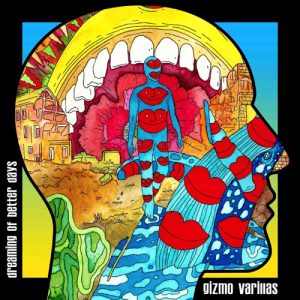 If the last few years have been notable for the increasingly inward-looking nature of contemporary politics, and an upswing in what one might politely – or euphemistically – refer to as ‘nationalism’, GIZMO VARILLAS’s story can be interpreted an antidote, albeit an unpremeditated one. His music, however, unquestionably offers a powerful remedy for the distressing headlines piling up these days, and this time that’s deliberate. Like El Dorado, its predecessor – an album distinguished by its cheerful air of enthusiastic idealism, but nonetheless penetrated by realism – DREAMING OF BETTER DAYS acknowledges mankind’s darker sides, and seeks to find light therein. It’s a quality that might be considered as rare as it is indispensable.

“I’m a hopeless romantic,” VARILLAS concedes happily, “an optimist, for sure. We hear so much negative stuff about the world, but I always try to focus on the better side of humanity. If I only listened to the news, I’d only have a distorted version of reality. I know, though, that there’s a world out there full of good people.” This sanguine approach to life is charmingly reflected in the title to his second album, and permeates many of its songs, too. Such sentiments aren’t, however, restricted to his lyrics, though these radiate an unusual positivity: on the exquisite ‘Fever, Fever’, for instance, he sings in a timely fashion of “tearing down these walls we have between us”, while the quietly shuffling ‘Love Heals With Time’ offers comfort to anyone who’s “lost… in the noise”, and ‘One People’ presents a succinct, opportune, and infectious reminder to “get together now”. But no: his convictions are evident in the mood of his music, too, which calls upon the warm sounds of his roots, as well as more widespread musical sources, and employs a vast armoury of exotic instruments to create an enviably, appealingly bittersweet – but still rarely less than effervescent – sound.

This – given the fact that VARILLAS is the kind of person whose studio displays a poster instructing people to “Keep Smiling” – is hardly surprising. But it’s also a by-product of the fact that he’s lived anything but an insular life. Born in 1990, in Santander, Spain, he moved with his artist parents to the UK at the age of four, and then, following their split, returned to his homeland six years later to live with his father, grandparents and uncle. A death in the family, however, overshadowed his new, sunlit lifestyle, and, with problems at school, and other teenage burdens weighing him down, he opted, aged 14, for a fresh start back in Britain.

He admits that, early on, these repeated changes of scenery made it hard to settle down. “I found it tough to find my own place,” he says, “especially as I was a shy, quiet kid. I was seen as the outsider: in Spain, I was the English kid, and, in the UK, the Spanish kid.” Nonetheless, the move provided what he calls “a saving grace”. This wasn’t purely down to new opportunities, though these soon included Sociology and Media studies at Cardiff – where, he chuckles disbelievingly, his successful documentary making skills meant that “teachers showed my film in class to students for years” – and, later, a BA in Linguistics and Translation at Westminster. The relocation also cultivated his growing realisation that “each time I travel, it enriches me as a person, as well as, I hope, the people around me. It’s shaped me to be who I am today. No doubt about it.” 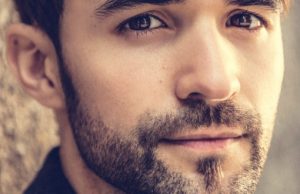 VARILLAS’ experiences, however, weren’t limited to Spain and Britain. He’s also spent time in Southern France, for instance, volunteering at organic farms and learning to surf, both of which have had a significant impact on his craft. “I love the sea, I love to surf,” he says. “I love the mountains, I love climbing. This is all connected to nature, and plays into my music.” These days, however, VARILLAS – who nowadays states that “I consider myself more European than anything else” – lives in London, a city which “exposed me massively to different cultures and music. Because of this diversity, I’m able to connect quicker to my own roots.” The city’s had other effects on his work too. “The UK’s grey weather definitely provokes me to write sunny tunes,” he jokes. “Creating positive music helps me get through the day.”

So far, he’s recorded this at home, alongside an extensive array of percussion instruments, including, he lists gleefully, “a Cuban Guiro, African Shekere and Mbira, Venezuelan Maracas, a Rain Shaker, a Brazilian Pandeiro and Agogo, Peruvian flutes and Moroccan bells.” Many of these are hung from his walls: “I like to see them,” he explains, “so I can visualise what sounds I can create. I like surrounding myself, as it helps me to build arrangements in my head.” Remarkably, given the bright, airy sound of DREAMING OF BETTER DAYS – which took a year to record, and incorporates instruments he’s never employed before, including piano, harp, didgeridoo, steel pans, marimbas, a xylophone, and Taiko drums – VARILLAS’s studio has always been in his bedroom, something that presents occasional problems. “I lived with flatmates in the house where I made this album, so it wasn’t always easy. When I moved in, I had a neighbour who worked from home, right above my head, in the room upstairs.” To this day, he dreams of including a real drum kit on a record.

Though the dominant mood of VARILLAS’ music could be described as ‘feel-good’, this belies the depth of sentiments contained within, and those stirred without. It’s true he leans heavily on an encyclopaedic knowledge of colourful rhythms drawn from across the globe: his homeland’s rumbas and flamenco; Latin American Salsas, Tangos and Bossa Novas; African Highlife and Mali Blues; Calypso and Soca. But these joyful tempos are often undercut by wistful melodies or recognitions of life’s grimmer elements. “I like the idea,” he says, “of sad lyrics with happy music. It balances things out. Though I love the initial vibe people get, the music has more depth than that first impression suggests. I remember reading somewhere that people won’t remember what you say, but they’ll remember how you made them feel. I think that’s very true.”

In VARILLAS’ case, the lingering emotional reactions elicited by his songs can be complex, and never was this more so than on the extraordinary ‘Losing You’, written in response to the 2016 shootings at Orlando’s Pulse nightclub. “I was really touched by what I saw on the train that same day,” he recalls. “I was on my way to work, and I saw two men sitting opposite me, crying, holding hands. I must have internalised that, and the next day the song just flew out of my mouth, word for word. I used the name Maribel as a way of putting myself into the shoes of one of the Latin mothers who lost their child. That song is basically a letter to her. The sad lyrics provide some sort of depth, and the happy music gives reassurance that things will be OK.”

It’s a tactic he turns to regularly, if to address varying subjects: the opening ‘Lonely Heart’, which will inevitably remind some of Paul Simon’s work on Graceland, is a sweet ode to companionship, while the tropicalia of ‘Through The Hourglass’ – “inspired,” VARILLAS says, “by the classic African sound” – confronts sadness and fear, but concludes “I’ll find my way back home”. ‘Dreaming of Better Days’, too, calmly and delicately expresses confidence in the future, while the comparatively hushed ‘Lights Down Low’ slowly reveals itself not as the celebration of romance which it initially appears, but instead as an ode to individuality. “I was inspired by love to write it,” VARILLAS confesses, “but it’s about being alone, at peace with yourself. I like twists like that.” There are also songs sung in his native Spanish: the gorgeous, dreamy ‘Camino Al Amor’, and the laidback swing of ‘Fin De Males’, which addresses the notion that “the world around us is just made up of reflections of who we are as people inside: our own feelings and thoughts.”

His methodology has clearly worked so far. El Dorado was, for example, ranked one of 2017’s Top Ten Albums by the UK’s Classic Pop magazine, and, VARILLAS grins, “I was blown away by how songs I made in my bedroom made it to radio stations around the world: in LA, Mexico, Germany. I also had messages from fans in Greece, Australia, Russia…” When one thinks about it, however, it isn’t so unlikely that his own journeys – mental and geographical – might inspire others to explore beyond their immediate surroundings. Music is a universal language, after all, and VARILLAShimself recalls how, during the more troubled periods of his childhood, “it was the soundtrack to my day, 24 hours. I just couldn’t live without it. I slept with it on many nights, and woke the next day listening to it. It comforted me.”

It’s troubling to think that an album embracing universal values – of all kinds – might seem at odds with the word at large, but that’s yet another reason why DREAMING OF BETTER DAYS deserves an audience. Born of travels beyond borders – national, cultural, musical – it’s an uplifting but worldly response to what VARILLAS sees around us. It’s also a reminder of what was once such a pervasive belief that it became a cliché, and yet it’s one that appears worryingly neglected today: that more unites us than divides us.

“Today’s media and lifestyles make people think their life is not good enough, and that they are not good enough,” VARILLAS concludes. “We have high expectations and pressures that are somewhat unachievable, so we become unhappy. We tend to concentrate on small superficial issues, yet we’re part of something larger. If only we’d tap into that, there would be so many things we can do to make the world a better place for all. My message is of hope. I don’t want anyone to confuse this for naivety: I’ve been through troubles myself, and know how harsh the world can be. I just wish we all tried a bit harder to help each other out, that’s all.” Let DREAMING OF BETTER DAYS provide the necessary inspiration.

ISLANDMAN AND THEIR GODLESS CEREMONY