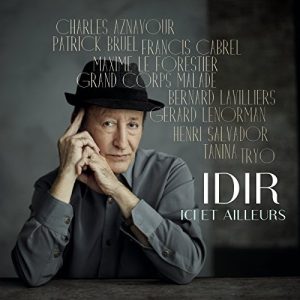 Idir, whose real name is Hamid Cheriet was born in Aït Lahcène, a Berber village in Haute-Kabylie, in 1949. This farmer’s son, raised by the Jesuits, started studying Geology and was destined for a career in the petroleum industry. In 1973, he stood in at the last moment for a famous artist on Radio Algiers and sang a lullaby. He recorded this song called “A Vava inouva”(my little father), as a single before leaving for his military service.

This Kabyle song with only vocals and guitar stands as one of the first big hits coming directly from the Maghreb, long before the success of a Khaled or a Mami. He stood for the affirmation of a definite identity, the return to the roots anchored deeply in the history of Algeria. It would be translated into seven languages. After his military service, Idir was contacted by the record company Pathé Marconi. We had to wait until 1976 for a first album to come out on which we also found “A Vava inouva”. After notable success, Idir wrote and recorded “Ay Arrac Negh” (to our children), an album which came out in 1979.

For this discreet man with a serious look, it was difficult to blend into the world of show biz and if he enjoyed composing, which he did for others, his stage appearances rarely satisfied him. As a result, he slipped away for about ten years nevertheless giving some recitals.

His career started up again with the release of a compilation in 1991 of seventeen songs from his first two albums. After a drawn out lawsuit against his former producer, Idir had the chance to re-record some songs like the famous “A Vava Inouva”. Backed by this recording success, he came back to the stage and performed at New Morning in Paris from February 7-9, 1992. He remained the ambassador of the Kabyle community and was now recognised as a forerunner to world music.

The following year, a new album appeared on the Blue Silver label called “les Chasseurs de lumières” where he sang about (his) predilection (themes), love, freedom and exile (which he had known since he moved to the Paris region in 1975). He introduced synthesizers alongside derboukas, flute and acoustic guitar which gives a touch of modernism. We can also hear the voice of the Breton singer Alan Stivellin the duo “Isaltiyen”. Idir performed his songs for the public at the Olympia in Paris on June 26th, 27th and 28th, 1993. 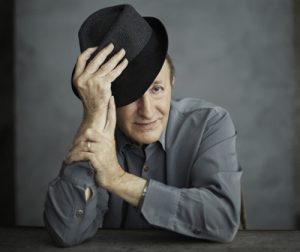 A man of conviction, Idir often participated in concerts supporting different causes. On June 22nd 1995 more than 6.000 people came to applaud the singer and his friend Khaled, initiators of the association “l’Algérie la vie” which invited them to a concert for peace freedom and tolerance. It was a triumph for the two artists who on this occasion joined the Kabyle and Arabic-speaking communities together. Idir also took part in the concert in memory of Matoub Lounes, the Kabyle singer who was assassinated in 1998.

Idir’s record making comeback was made with “Identities” in 1999, a tribute album which joined numerous artists together from Manu Chao to Dan Ar Braz without forgetting Maxime Le Forestier or Scotswoman Karen Matheson for a “A vava inouva 2”, but also Gnawa Diffusion, Zebda, Gilles Servat, Geoffrey Oryema and l’ONB. Idir gathered here those who advocate cultural openings as well as recognition of each person’s own roots.

When Idir performed two concerts at the legendary Olympia music hall in Paris in December ’99 he was joined by an equally impressive amount of guest stars. In fact, the celebrity line-up included everyone from Frédéric Galliano to guitarist Thierry Robin and the ONB.

Idir took to the stage to defend his national identity once again at the “21ème Printemps berbère”, a celebration of Berber culture organised at Le Zénith in Paris in the spring of 2001. The Algerian star returned to the same venue on July 8th, organising a special fund-raising concert to support the population in Kabylia when anti-government riots rocked the cradle of Berber culture in the summer of 2001. Idir was joined on stage by an impressive list of guest stars and thousands of French fans turned out to Le Zénith to show their support.

In May 2002, his record company released a compilation featuring many of the artist’s songs. Entitled “Deux rives, un rêve” it also provided the fans with the opportunity to listen to two previously unreleased tracks. One of them written by Jean-Jacques Goldman, evoked the terrible downpour that overwhelmed Algiers with water in November 2001.

On September 20th, Idir began a new tour by bringing the house down at the Zenith in Paris. The tour was to last until December.

In 2005,  Idir’s record label encouraged him to release a live CD and double DVD, “Entre scènes et terres”, to mark his 30th year in the music business. The DVD featured an original documentary about the generally media-shy singer renowned for his humanitarian values. The documentary retraced Idir’s career from his early days in Kabylia to his sell-out performances at the world’s leading music venues. In Idir’s own words, the film was a means of “coming to terms with his past before moving on to other things.”

Idir gave a memorable performance at the Cité de la Musique, in Paris, on 9 April 2006, taking part in a festival devoted to Kabylian singers (which also included appearances by Akli D. and Takfarinas).