Multi-talented New Zealand musician, producer, and label head Jonathan Bree began his musical career in 1998 when he and Heather Mansfield formed indie pop group the Brunettes. Playing a tuneful brand of pop music with contrasting sweet (Mansfield) and sour (Bree) vocals, the band released its first single in 1998 for a small label in New Zealand. Bree and his friend Scott Mannion of the band Tokey Tones formed their own label, Lil’ Chief, in 2002, and their first record was the Brunettes’ Holding Hands, Feeding Ducks. Bree continued to run the label as the Brunettes’ career gained momentum. The group signed with Sub Pop in 2007 and released Structure and Cosmetics in the U.S. It proved to be a one- 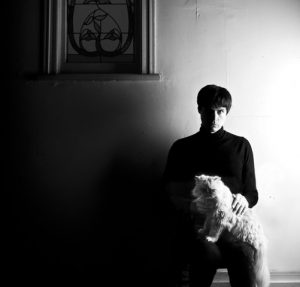 off deal, though, and the Brunettes were back to putting out albums on Lil’ Chief, finishing up their run in 2009 with Paper Dolls.

After the band split, Bree continued to work with the label and bands like Ruby Suns. In 2011, he and former Brunettes member Chelsea Nikkel collaborated on her album Lil’ Golden Book, which was issued under the name Princess Chelsea. It was the result of over three years of work and featured the single “The Cigarette Duet,” which was viewed over 20 million times on YouTube. Bree’s first solo album, The Primrose Path, came out in 2013, and featured a much more stripped-down pop sound than the Brunettes had utilized. At the same time, he and Nikkel were working on the second Princess Chelsea album. The Great Cybernetic Depression finally hit daylight in 2015 and was followed quickly by Bree’s second album, A Little Night Music. It had a classical influence inspired by Bree getting his hands on albums of music by the likes of Tchaikovsky and Béla Bartók.