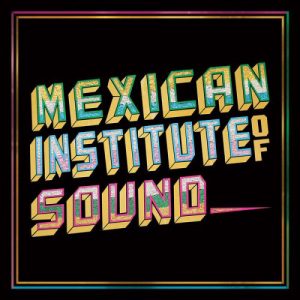 The Mexican Institute of Sound is the project name of DJ and producer Camilo Lara. A native of Mexico City, Lara began working for the Mexican arm of EMI Records while still in his teens, attracted to the industry in large part by the record-collecting habit he’d fallen into at the age of eight. In 2001, Lara left EMI to co-found the indie label Suave Records, which among other projects released the best-selling soundtrack to Alfonso Cuaron‘s breakthrough film, Y Tu Mamá También. Also around this time, Lara began working on the side as a DJ and remixer for acts like Placebo and Le Hammond Inferno. Returning to EMI Mexico after creative disputes with his partner at Suave Records, Lara rose to the position of Vice President of A&R and Marketing. While working with established bands like Plastilina Mosh and signing new artists from the emergent Mexican indie rock scene, Lara also began working on his own project, the Mexican Institute of Sound. 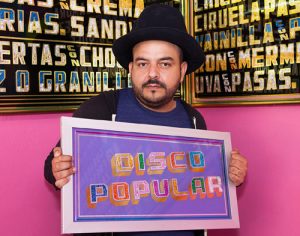 Signing as an artist with the indie label Nacional Records, Lara released the Mexican Institute of Sound’s debut album, Méjico Máxico (Magic Mexico), in 2006. An infectious mix of vintage Mexican pop and dance records from the ’20s through the ’60s (including samples from classic Esquivel sides) with modern loops and beats, Méjico Máxico is described by Lara as a deliberately sunny and upbeat response to the pervasive gloom of the contemporary film and music scene in Mexico. In 2012, Lara issued Politico under the MIS banner; rather than his usual sample-heavy mélange, it was his first recording of all-original songs played by a live band. He was inspired to write the album after authorities discovered a large cache of the explosive C4 next door to his home that was ready to be detonated. Over the next few years a variety of projects kept Lara busy, including a 2015 split EP with Santiago Casillas from the band Little Jesus, a Morrissey tribute act called Mexrissey, and a 2016 collaborative album with fellow DJ Toy Selectah. 2017 saw the release of Disco Popular, the first new release under the MIS banner since 2012. Led the vibrant single “Mi T-Shirt de la NASA,” the album was recorded between Mexico City, Jamaica, Arizona, and Los Angeles and featured guest spots from Calexico, Sly and Robbie, and Toots and the Maytals.