For more than 50 years, we have been reminding ourselves on Earth Day, April 22 that the wealth and resources of our planet are not inexhaustible.

It was this date the Slovak composer and singer Ivana Mer symbolically chose for the release of her new album “Earth”.

The album “Earth” is a complex work of art with an international reach and a reference to music from all over the world. It’s an ode to nature and to our living space, as well as a call for empathy, changes in our behaviour and a more conscious approach to the environment. These topics are personally touching to Ivana Mer and it was only natural that she decided to grasp the subject artistically and materialized it into a conceptual album, which can be regarded as a continuous 45-minute song.

The leitmotif is a return to the roots, not only from an ideological point of view, but also from the point of view of the selection of musical elements and instruments such as the sitar, udu and bark.

The album was largely inspired by percussions and traditional instruments used in Latin America. It continues to combine electronic music with live instruments. The voice is a means of telling the story of how I feel about the current situation and my hope for change and transformation,” says Ivana Mer, the author of the songs and also the one that took care of the overall production of the album in collaboration with the Argentinian Cristian Estrella.

The final sound of the recording was created in collaboration with Michal “Koudelka” Černý in the Faust studio in Prague. In addition to the names mentioned above, 18 musicians from different countries and continents had taken part in the recording over a period of several years.

The music project goes hand in hand with its visual. For the past three years, Ivana Mer has been inspired by the aesthetics and philosophy of the original inhabitants of North America. This is how individual symbols that are unique for each of the album’s nine tracks were created. The design and production of a costume from the workshop of the Wnoozow textile studio in Prague, led by Daniela Danielis, also continues in this visual line. It was hand-woven from natural materials and yarns and is shown in an animated photo to the album’s title song.

The following interview took place on the occasion of the release of the album “Earth”.

Compared to your previous work, your new album Earth is a little different. What inspired you to create it?

“The inspiration to create the album had several levels. As for the music, after the first album, which was dreamy and contemplative, I wanted to create songs that would be based on percussions, voice and electronics. One of the topics that I felt strongly about was the return to the roots, even something tribal, to the power of the natural nations community living so close to nature, knowing its wisdom. Meanwhile, I’m getting to the philosophical or ideological level of the album. I’m a big admirer of indigenous people, who carry this wisdom and at the same time protect territories and nature from the huge corporations and multinational companies exploiting the Earth. Whether it’s in Brazil, Argentina, Colombia or it’s the struggle of the Native Americans who united in a case against the Standing Rock oil pipeline, which President Trump approved in the early days of his reign, and of course the oil pipeline has already ruptured and contaminated the waters. I am also troubled by the migration crisis, which was the motive for the creation of the song “Who is in charge”. Thousands of people are dying in the Mediterranean Sea and the situation is not getting any better. This is a huge humanitarian crisis and Europe is pretending not to notice. Just today, while I’m answering your questions, 130 people have died in the Mediterranean Sea even though the authorities were informed 48 hours in advance of their occurrence at sea. And they did nothing, absolutely nothing. A volunteer organization found them after it had been too late. The album is a call for empathy, a return to what I call “true values”- what’s more than human life? What’s more than nature and healthy forests and healthy waters? Money? Position? I think that the pandemic period also shows us what really matters, and I believe that the current situation is a kind of internal revolution that every one of us will undertake. Developing empathy, sensitivity and compassion and also joining forces for the benefit of nature and people. I think it’s long overdue.”

How has the Latin American music affected you and which countries have you visited?

“I only visited Argentina, where we played a few shows, although it has to be said that it is a huge country. Since then, I appreciate the safe environment we live in, especially from my point of view as a woman. It really isn’t a matter of course and the reality for women in Latin American countries, in terms of security, is absolutely different. Argentina is a beautiful country, I also met producer and singer Kaleem there, with whom we made the song “Sen” for her album “Utera” and she also plays in the song Ina Maka, which is on the album “EARTH”. I really enjoy listening to the Latin American music scene, especially the female producers. It’s a strong scene that mixes traditional instruments and electronics in music in a way I really like. So, I was definitely influenced by the music of Latin America, even when choosing rhythms. Moreover, the great percussionist Miloš Vacík also plays on the album, who, among other things, deals with Brazilian rhythms and so he brought a little Brazil to the album. “

Where did the ideas for individual songs primarily originate and how was the album finalized?

“As is customary for me, it’s more of a slower process when it comes to the refinement of the the whole album. My detailed approach and the search for a kind of perfection from my point of view does not speed up the process. Some of the songs on the album are still among my first from 2010 (Soll and Tree) and have been waiting for their turn. The song Ode was created sometime in 2013, but we only recorded a large part of it in 2019 in France in collaboration with Marc-Eric Lain, and in 2020 we finished recording the violin with Ninka Marinová – Nina Rosa. I recorded lead vocals as well as other vocals several times. Other demos were created at the residence Pôtoň Theater in 2017, where we worked together with Cristian Estrell, with whom I also collaborated in the production. Ina Maka was the last song that was created one evening just from simply playing charango tones, to which the lyrics came immediately (such a situation is rather exceptional and I consider it a gift). Otherwise, it’s the only thing I can play on charango. I had the concept of the album in my head for a very long time, I took notes, studied topics, for a long time I just sucked information in and watched what was happening in the world on a socio-geopolitical level. In the meantime, I was drawing a lot, which is not so common for me. That’s how I created the symbols for the individual songs and the costume design, which was woven by the girls from the Wnoozow Studio. The finalization of the album was a chapter in itself. It took place in Prague at the Faust Studios, where we mixed the album with Michal Černý a.k.a. “Koudelka”, who patiently introduced me to the secrets of the world of sound and who also suggested great musicians for the album, with whom we recorded just before the finalization. It was a great choice after all. Of course, the whole process took more time due to the pandemic, about a year, but as it turns out, everything has its meaning and the right time. It is very difficult to estimate when creating. “

What are your plans for this year?

“My plans include not having any big plans. I have to admit that after finishing the album I’m really tired, I gave my everything there. I have no idea how it will be with live concerts, it’s very difficult to plan, I learned not to have any expectations regarding that, because the disappointments were too great. Certainly, I would be very happy to present every song to the listeners, at least in the online space, and I would like to plan certain activities for each song, if possible. At the same time, I’ve decided to dedicate this year to myself as well, which means – I will try to relax, spend time in nature, gather strength, engage in a deeper study of the voice, I would also like to go on a pilgrimage. I live a modest life, I don’t need much to be happy. All I need is peace, my beloved souls and my kitten Gershwinka. “ 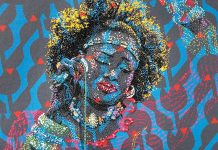 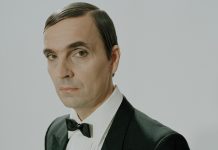 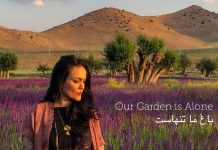