Following his three reactions – Reaction A, Reaction B, Reaction C -, three albums in which Pierre Daven-Keller explored the trails of a certain pop scene or the mysteries of a string quartet on the model of what has been called New Music, here comes Kino Music, a new instrumental project which, as its title indicates, deliberately embraces the colors of cinema and more specifically its Italian skies.

Pierre Daven-Keller makes no mystery of it: the model or more precisely the horizon of this album is Ennio Morricone in its pop and hedonistic inclinations, with a touch of Bossa Nova and, by extension, a certain variety of studio sound to which another great composer of that period could be related, Burt Bacharach.

However, this album is not about copying Morricone’s music is but giving it extensions or recomposing a state of mind which merges a certain idea of lightness with a touch of melancholy. Specify one must that much as the Air duet or the solitary Forever Pavot, it is through the cinema of the 1960s and 70s that Pierre Daven-Keller was initiated to music, as if Morricone along with the original soundtracks of François de Roubaix, Michel Magne, or Eric Damarsan had flown through his veins. 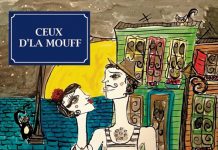 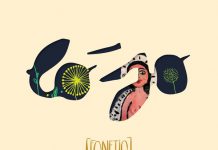