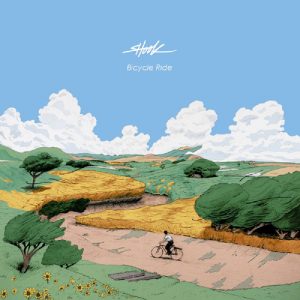 Shook’s outlook on music has changed. While almost dying twice, suffering from an acute form of severe pancreatitis, his life became an epiphany upon itself. It is time to share these memories in a synth-driven journey into lo-fi paradise.

The album Bicycle Ride is based on this surrealistic experience which became the emotional source of his new music. After releasing his debut album a few years ago, the single Milestones was featured in the first episode of Netflix’ hit serie “Better Call Saul”. While his carefully crafted music gained international fame, his health went downhill. Luckily Shook survived. 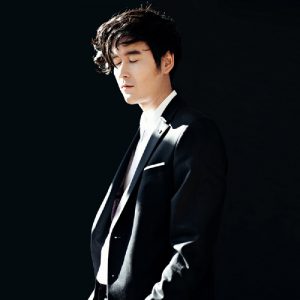 His new album Bicycle Ride takes you on an emotional trip through the wonders of life. Accompanied with acoustic pianos and vintage synths, you become part of an everlasting easy-listening experience. Bicycle Ride combines sensitive sounds with recorded acoustic drums enjoying life based on positive, carefree music. An albums that mimics revelation and uncovers pure appreciation towards everything music has to offer.

“The new music was created at home, after having been in hospital care for 7 months due to severe acute pancreatitis. This was a very heavy time and I almost died twice.  Experiencing this was very surreal to me, but also made me appreciate the simple things in life. I remember learning to walk again and when I was allowed to finally go outside to catch some fresh air I was so happy to see the sky, feel the wind and the warmth of the sun.  It was important to me to put these memories into new music. The tone of my new album is therefore very positive, carefree and about the beauty of the simple things in life.”