Smashing Pumpkins Return With ‘Cyr’ and ‘The Colour of Love,’ Confirm new album is coming.

The Smashing Pumpkins are getting ready to smash it up once more with a brand new studio album, kicked off by the new tracks “Cyr” and “The Colour of Love.”

Recorded in Chicago and produced by frontman Billy Corgan, the two tunes and the others to come feature Corgan and his fellow founding members James Iha and Jimmy Chamberlin, along with longtime guitarist Jeff Schroeder.

The synth-powered “Cyr” has a retro sonic sheen, and it’s accompanied with an official performance video, directed by the Pumpkins’ creative partner Linda Strawberry.

It’s a snapshot of 2020. A commentary on these strange times. “This is a goth fever dream of pent up emotion – an artistic visual release attempting to create a momentary escape from the emotional black cloud hanging over all of us this year,” says Strawberry. “A dark seduction filmed in quarantine at a social distance.”

The track is a “dystopic folly,” explains Corgan in a statement, “one soul against the world sort of stuff, set against a backdrop of shifting loyalties and sped up time. To me it stands as both hopeful and dismissive of what is and isn’t possible with faith.”

“The Colour of Love” is a pop song on steroids, with airy backing vocals and the bass shunted up-front in the mix. And like “Cyr,” it’s loaded with synth.

The as yet-untitled new Smashing Pumpkins album will be the first through a new deal with Sumerian Records, and it’ll be the followup to 2018’s Shiny and Oh So Bright, Vol. 1 / LP: No Past. No Future. No Sun.

They also have several compilations or EP recordings. Their biggest hits are the songs Today, Disarm, Bullet With Butterfly Wings, 1979, Tonight, Tonight, The End Is The Beginning Is The End, Ava Adore or Perfect. 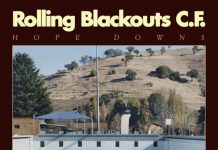