Riava [Torrent] are a young band from Bratislava who can captivate the listener with their emotional music and striking lyrics written by the singer Hana Sumbalová.

The first half of this year has been particularly favourable for new Slovak music. We were surprised by the new albums released by Ivana Mer, Ľubomír Burgr and Ivan Štrpka, Vec and Šimon Švidraň, Erik Žigmund, as well as the project Zabiť Františka. Riava’s debut album ‘Zore’ [Dusk] also falls into the category of exceptional new Slovak albums.

It was created over the period of two years in the home studio of Marek Votruba, the band’s keyboard player. Guitarist Vadim Ramacsay and drummer Dominik Špuler also contributed to the recording process. The mixing of the album was entrusted to experienced producers Tomáš Lobb from the LVGNC studio and Juraj Peták, known from the Purist or Lannne projects. Lucia Večerná took care of the visual side of things.

We have talked to Hana Sumbalová about how the album came to life.

Since when have you been interested in music and how was your band formed?

“I grew up with music from an early age. In the first grade of primary school, I enrolled for piano lessons in the children’s art school and I also joined the vocal group of the Čečinka folklore ensemble. I started writing my own music when I was around 13. I find my first attempts very funny now, but that’s part of the process :-). In high school, I met Marek Votruba (piano and synthesisers) and Matej Herceg (former drummer, now a member of Tolstoys), we were in the school choir together. When I played my music during the breaks between rehearsals, it caught their attention. Later, they approached me and we started rehearsing together. Since then, the band’s line-up has changed a bit. The current members have been playing together for three years now and we recorded our debut together.”

What has shaped your musical taste and who has the main say in the band?

“I remember that when I was in primary school my dad put ‘The Best of Simon and Garfunkel’ on my old Nokia phone. Then some Bob Marley songs, too. I soon stopped listening to reggae (I’m not too much of a chill-out type person), but I still listen to songs by the American duo to this day and find that they have shaped me in many ways. I have also been greatly influenced by my seven-year experience with folklore music, but also by the Queen’s complex and dramatic music. I guess the ones who pushed me the most in music were Marek and Matej, who taught me to notice the subtle nuances and details in music. As for who has the main say in the band – we make all the big decisions more or less together and as regards the form and arrangements, those are also a matter of discussion and the suggestions come from all sides. Roughly, the way we work is that I come up with the melodies and the basic harmony, Marek gives it form and reworks the harmony, and all four of us come up with the arrangements.”

How did the current pandemic affect the recording of the album?

“It gave us an excuse when asked why it took us so long to release the album :-). There are two sides to it – one is that we spent more time home over the summer holidays so we were able to finish the recordings and tweak our songs together; on the other hand, communication was much more challenging throughout the whole process of releasing the album and, for example, the filming of the video for the single ‘Lastúra’ [Seashell] had to be suddenly cancelled because a strict lockdown was imposed.”

What inspires you when writing lyrics?

“I always say that I have my inner and outer sources. My external inspirations include nature, relationships, books, the society and changes in the world. The internal ones include feelings, thoughts, psyche or prayer. As for the album, I wrote a few sentences on Instagram for each song about the inspirations and meanings behind them.”

Do you think the band’s music and lyrics have been influence by your experience from abroad?

“I think so. Innsbruck has beautiful nature and it is a clean historical city. I had a lot of free time there because school wasn’t very difficult for me and I also learned how to be alone. I wrote a lot, I would stay after school playing the school piano for hours and I wrote the song ‘Horí dom’ [Burning House] from the debut album there. I also started listening to a lot more electronic music besides acoustic music. I discovered Bulp and Fallgrapp, and after returning from Innsbruck I became more open to synthetic sound in the arrangements, which took us a big step further at that time.”

What do you think about the Slovak audience and what are your plans for this year?

“From what I’ve experienced, it seems to me that many Slovak fans are well-educated and well-informed about music, they are able to listen to and appreciate music listened to while sitting. They are often appreciative at concerts. We are now preparing a live recording of some songs from the album with the band. Now I would like to finish this semester successfully so that I can spend the summer making music, going to concerts and rehearsing with the band and possibly start planning a new album. But most importantly, I want to get the energy and inspiration for my future song-writing.” 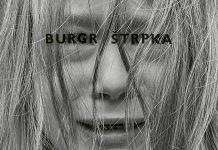 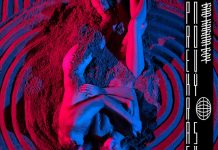