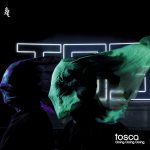 For over two decades and several albums Tosca has served as a vehicle for Richard and Rupert to express their personal moods and impressions, each release holding up a mirror to their inner lives. Now though after ten albums the journey has come full circle and once again they’ve returned to the kind of instrumental tracks, full of deep beats and dubbed out textures that made Tosca’s name. 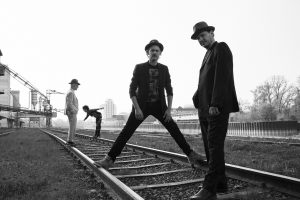 The result is ‘Going Going Going’, an album that Tosca fans will immediately recognize and yet one that doesn’t just trade on former glories. Like the best of Tosca’s output, ‘Going Going Going’ defies easy categorization, taking in everything from the uneasy listening of ‘Hausner’ to excursions into House (‘Wotan’), Ambient Electronica (‘Olympia), Funk (‘Loveboat’) and beyond. Still despite an almost overabundance of ideas, in the more than capable hands of these two pioneers the result is a complex yet coherent and confident album that stands shoulder to shoulder with the best of their storied back catalogue.