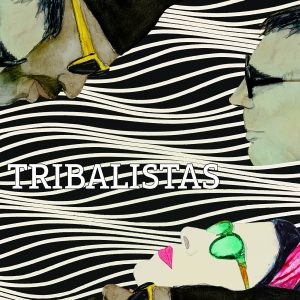 Fifteen years after the spectacular success, both in Brazil and abroad (France, Italy, Portugal, Spain, Argentina) of the first album by the Tribalistas, Marisa Monte, Arnaldo Antunes and Carlinhos Brown are getting together again for a new musical adventure. Just as with the first album, nothing was planned ahead or scheduled. The method was the same: a home-made record by three composer friends from very different origins and musical backgrounds, recording one song per day with a small group of musicians – all associates and friends – and the same technical team as before. A new edition of the same project. The album was recorded in Rio de Janeiro, between March 20th and April 2nd this year.

As partners, the trio has compiled numerous songs and sustains itself on the diversity of styles and the harmony between the contrasts that both separate and unite them. One of the biggest success stories of the start of the millennium, Tribalistas (2002) had no launch, promotional interviews, shows or presentations on TV. There was merely a half-hour showcaseof the three, presented in Paris in 2003, and the power of the music communicating with people. Asin the old days, all this spectacular and unexpected success came through radio and word-of-mouth. The world has changed a lot in the last 15 years, but Marisa, Carlinhos and Arnaldo are still the same, only more mature, more popular, more admired and composing better.

Nelson–One thing that stands out in this new work is the musical personality that you have created. You’ve developed a “Tribalistas sound”, almost a brand, an acoustic instrumental that’s recognizable in the first chords, even before you start to sing. It’s a sound that even the workman that was in my house commented on, happily, when he heard me playing this new album: “Is it really the Tribalistas?” It’s all so simple and yet, at the same time, very well thought out.
Marisa: It’s DNA.
Nelson: How did the album come about?
Marisa: We all live in different cities, but every once in a while we manage to meet up; sometimes two of us, sometimes all three. And when we meet, everyone takes the stuff they’re working on and the music and lyrics just start emerging. But we weren’t really thinking of making an album. We were taking a creative vacation, which for us is always reinvigorating, refreshing and fun. Aside from enjoying the beach and being with friends, we write songs. And last year all three of us managed to meet up twice. There were two escapes to Bahia, for four or five days, and the songs just came easily: two or three every day.
Brown: It’s the air in Bahia and whatever our creative leisure time suggests. In a way we’re migrants, aren’t we? And our migrant instinct makes us expand our themes in a way that is not thought out, it just happens. The way we compose is very intuitive, but that happens because we are Tribalistas. It’s the best of our talents that we can offer to other human beings. 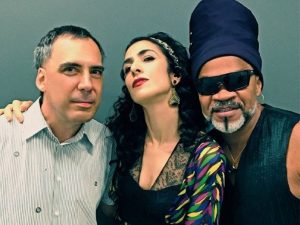