Angélique Kidjo released Celia (Verve/Universal Music France), an album that honors Celia Cruz, widely known as “the Queen of Salsa” and the most popular Latin artist of the 20thcentury.

On Celia, Angélique explores the African roots of the Cuban-born Cruz and reimagines selections from Cruz’s extraordinary career in surprising new ways, infused with an explosion of sounds and rhythms from Cuba, Africa, the Middle East, America and beyond. The album includes performances by Tony Allen (Fela Kuti) on drums, Meshell Ndegeocello on bass, and British saxophonist Shabaka Hutchins plus his band Sons of Kemet.

Says Kidjo: “As a child I saw Celia Cruz sing in Benin and her energy and joy changed my life. It was the first I was seeing a powerful woman performer on a stage. Her voice was percussive and her songs resonated in a mysterious way with me. Many years later, I learned she was singing the Yoruba songs that were carried out of Benin 400 years before. I felt she was a long lost sister from the other side of the world. Like me, she experienced exile from a dictatorship and she was always proud of her roots, of her African roots. In the same way I wanted to bring back Rock and Roll to Africa with my Talking Heads’ Remain In Lightproject, I now want to pay homage to this incredible voice and those songs that reunite with their juju and Afrobeat roots.”

Celia was recorded in New York and Paris, produced and arranged by David Donatien and mixed by Russell Elevado (D’Angelo, Kamasi Washington). Angéliqueis joined by a host of musicians including Tony Allen and Meshell Ndegeocello, who appear on a number of songs, plus her longtime guitarist Dominic James, the GangbéBrass Band from Benin, British saxophonist Shabaka Hutchins as well as his Sons Of Kemet trio, and more.

Over the course of 10 beloved songs from Cruz’s extensive catalog but with special focus on her work from the 1950s,Angélique’s voice soars in lockstep with a grand presentation of rhythmic touchstones that delve deep into the history of music from Africa and it’s influence on the music of Cuba. Each song celebrates this idea – from the tight afro-beat groove of “Baila Yemaja,” the high octane take on “Quimbara,” the frantic energy of “Bemba Colora” to “Oya Diosa,” a lushly orchestrated ballad.

Celia Cruz was born in Havana in 1925 and left Cuba for the U.S. when Fidel Castro took power in 1959. She joined Tito Puente’s orchestra in 1966, and her recordings for the Fania label helped to construct the legacy of salsa music. Cruz released over 60 albums, 23 of which went gold. Her image was featured on a commemorative U.S. postage stamp, she was awarded the National Medal of Arts, and won 6 Grammy Awards in addition to the GRAMMY Lifetime Achievement Award.

Angélique Kidjo has been recognized as one of the world’s 100 most influential women by The Guardianand dubbed as “Africa’s Premiere Diva” by Timemagazine.

Her last release, 2018’s radical reimagining of the Talking Heads album Remain In Lightwas deemed “transformative” by The New York Times, “visionary” by NPR Music and “one of the year’s most vibrant albums” by The Washington Post. It led to a performance on Jimmy Kimmel Live, an interview with David Byrne on the New Yorker Radio Hour and more. In November she performed at the World War I Armistice Centenary at the Arc de Triomphe in Paris, in front of some 70 dignitaries and heads of state.

Angélique will tour various projects through 2019 and she will open for Vampire Weekend at Madison Square Garden on September 6. 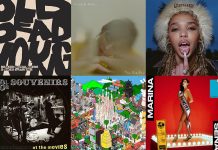