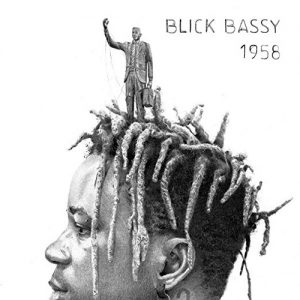 Blick Bassy is a Cameroonian singer-songwriter. His song Kiki from the album Ako featured as the theme song for the worldwide launch of the iPhone 6 in 2015.

Bassy’s former band Macase toured Cameroon for ten years until winning the Prix Elysse Musique du Monde in 2001, which convinced Bassy to emigrate to Paris, France. After performing in small venues, he secured a recording deal for his first two albums.The first, entitled Leman, was released in 2009, and was followed two years later by Hongo Calling. 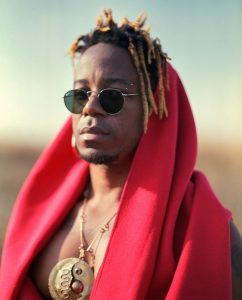 In 2015 he released the album Ako from which 15 seconds of Kiki were used in Apple’s global advertising campaign for the iPhone 6. Bassy says that the album was influenced by Skip James, the American blues musician.Robin Denselow, writing in The Guardian, says: “…his new album echoes the delicacy of bossa nova along with reminders of his other influences, from African styles to the Mississippi blues of his hero Skip James. This is an easy-going but experimental set in which he plays guitar and banjo, sings in the Cameroonian language of Bassa, and is backed by the unlikely combination of cello and trombone.

He starts by showing off his distinctive voice on a cool, drifting late-night ballad, but then changes direction as he swings into a breezy song that sounds like an African answer to a country-blues hoe-down, before mixing Congolese influences with impressive, bluesy guitar work. A charming, intriguing set.” David Honigmann in the Financial Times describes the album’s genre as manouche jazz, and describes “lubricious trombone slides” on Kiki and the “relentless Gypsy vamping” of Wap Do Wap.

Bassy’s lyrics are in Bassa, one of 260 Cameroonian languages.