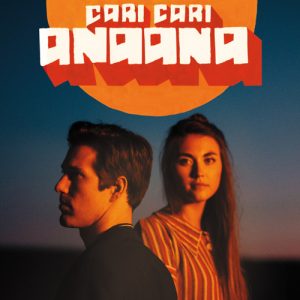 Cari Cari decided to take their time finishing their debut album, a rarity nowadays, but also an absolute necessity when you approach the process the way the duo has. “ANAANA”  is the culmination of experiences, influences and ideas, compiled over a long journey, or better: many journeys!

Between Stephanie Marie Louise Widmer deciding to sit down behind a drum set, and therefore laying the foundation for Cari Cari, and now, the finished album, lie countless tales worthy of being told: a tour through Australia, with interesting conditions to say the least – like payments, made through dives at the Great Bareer Reef. Extended stays in London, Hamburg and Tokyo or 5000 people at a sunset show on Barcelona’s coast are all significant parts of their journey. The duo also honors friendships made on tour in their very own and special way, by creating the Youtube series “Cari Cari Ragazzi”. Their debut distills the sheer variety of these experiences and metropolitan way of life.

Cari Cari continue what they started with their acclaimed debut EP “Amerippindunkler” in 2014: Busting boundaries between genres and successfully blending the sultry feel of film grain and reel-to-reel rock’n’roll with modern production techniques. After the duo’s single “Nothing’s Older Than Yesterday” became one of the alternative radio favourites of 2017 Cari Cari have won the hearts of audiences, journalists & promoters with their Tarantino-Soundtrack aesthetics and energetic live-performances. Rolling Stone Magazine Italy titled their performance at Primavera Sound Barcelona “nothing but surreal”. On “ANAANA” the duo translates the raw power of their live-performances to their studio work. 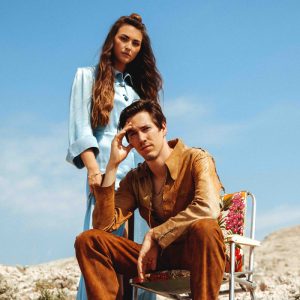 The duo’s approach struck a nerve immediately with a list of big-name media clippings and major festival appearances growing excessively. Renowned festivals such as “The Great Escape” (UK), “Eurosonic Noorderslag” (NL) and “Sziget Festival” (HU) as well as headline tours in Australia and the UK now just make up a fracture of Cari Cari’s busy touring schedule.

For what has become “ANAANA” the Sun itself is a defining factor. A debut, moving between sunset and dawn, sounding like rustling tape, grainy film and desert sands – the Sun being both impetus and recurring motif on the album, but first and foremost setting the mood for the 10 tracks comprising their debut. The album comprises a vast amount of impressions of travelling, long nights and adventures with an earthy 1060ies guitar sound, driving rhythms, rich in variety, jaw harps and a digeridoo, a certain love to the worlds of Ennio Morricone and Quentin Tarantino still shining through.

“We see music in pictures” say Cari Cari about the recurring topic of a crimson sun as well as the desired warm sound of the album. It is a conscious counterdraft to today’s world of auto tune, and the clinically neat world of current pop music.

“ANAANA” is like a long sunset. From the energizing opener “Summer Sun”, through the night with tracks like “After The Goldrush” or “Dark Was The Night, Cold Was The Ground” to a stunningly beautiful ballad, “Do Not Go Gentle Into That Good Night”, set in the darkest part of night, right before the sun comes back up. Cari Cari’s debut depicts their journey over the past few years, full of layers and variety.