The Full Moon Magazine is celebrating its tenth anniversary this year. The celebrations are rather complicated by the ongoing coronavirous pandemic, some of our birthday gigs have already been rescheduled, others are to be postponed soon.

Nevertheless as a special gift we prepared a birthday compilation FULL MOON 10, which is going to be released according to the schedule. The album includes twenty brand new tracks by twenty different bands (including one secret bonus track) and is to be released as a double LP on Thursday 28th May. The first single Hate Away by the Please the Trees is out already. Today, on Monday 20th April we are bringing out another single, this time by our beloved Manon meurt. Along with the track we reveal the whole tracklist of the record, its album cover and we start the presale. The compilation FULL MOON 10 is a limited edition of 500 copies.

The FULL MOON 10 includes twenty unreleased tracks, whereas most of them were created especially for this occasion.

The recording process started by the beginning of the 2018, however the idea was here long before. The chief editor Michal Pařízek explains: “We were considering having such compilation for years, but we decided to wait until our tenth anniversary. The hardest part was to pick the bands. We knew from the start that we won’t be able to fit all the favourite bands in the two LPs. In the end we asked twenty of them and we are grateful that not a single one refused, including the ones from abroad. And furthermore – all of them actually kept the promise, which I consider basically unbelievable.”

The FULL MOON 10 tracks were recorded mainly in the Golden Hive Studio in Prague (where the whole record was also mastered). The compilation includes tracks by local bands Please the Trees, Manon Meurt, Kill the Dandies !, Kalle, Kittchen, Orient or Houpací koně  as well as by bands from neighbouring Slovakia – Katarzia, Autumnist and Isama Zing. Apart from them, we are proud to have the American band Algiers, well renowned Polish quartet Trupa Trupa and the Australian band The Kill Devil Hills included. The download card included in the package includes a link for a a very special bonus track recorded by the Prague band Market. The unique gatefold album cover with a “moon” embossing comes from the graphic design studio Carton Clan, which also stands behind the design of the Full Moon Magazine from its very beginning. The compilation FULL MOON 10 is released on the 28th May 2020 as a double LP in the limited edition of 500 copies. It is also going to be available as a digital purchase on Bandcamp and via the most of the streaming platforms. 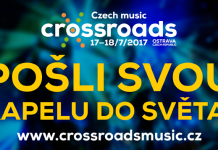