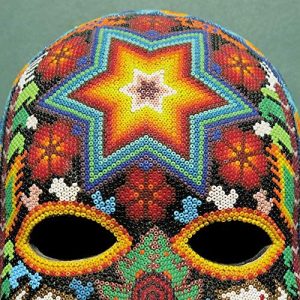 Formed in Melbourne in 1981 by Lisa Gerrard and Brendan Perry, the style of Dead Can Dance over eight previous studio albums can be described as compelling soundscapes of mesmerising grandeur and solemn beauty that has incorporated African polyrhythms, Gaelic folk, Gregorian chant, Middle Eastern mantras and art rock.
‘Dionysus’ is the duo’s first album in six years and consists of two acts across seven movements that represent the different facets of the Dionysus myth. ‘The Mountain’ is the first movement of the album’s second act, where, explains Perry, “listeners will find themselves visiting Mount Nysa. This mountain was Dionysus’ place of birth, where he was raised by the centaur Chiron, from whom he learned chants and dances together with Bacchic rites and initiations.” 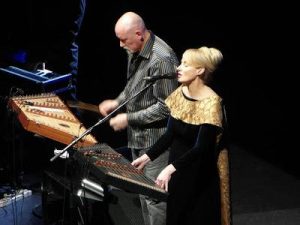 The video for ‘The Mountain’ is directed by Lukasz Pytlik, who says about the making of the clip: ”Robert E. Howard – creator of Conan – said that he never felt he was creating his tales but rather chronicling them as if the ghosts whispered them into his ear. In a way I felt the same when we started working on ‘The Mountain’. The roots of the video are deep inside the mythology and nature but I never wanted to simply retell the myth of Dionysus or tell a story that goes straight from A to Z, with no mystery in between. I’d like to think that we are giving the viewer fragments of an old clay tablet – some pieces are missing, some are gone forever and some of them you need to create by yourself to fill in the blanks. For me, the most fascinating thing about Dead Can Dance music was always the mystery, plus the fact that the same song could have taken me to a totally different place with each listen. I would like viewers to feel the same way about ‘The Mountain’ – take your time to explore and make it your own.”
Recorded with an array of folk instrumentation and field recordings, ‘Dionysus’ takes the form of an oratorio with the voices used imagined as communities celebrating – in communion with each other at times via call and response, chanting, and often conveying emotion beyond the boundaries of language itself. With its musical inspiration still drawn from across the world, this new album shows that Dead Can Dance continue to mine a rich creative and spiritual seam.
PIAS + NMR (Photo: archive)