The release of the album news “Point” by the Swiss duo Yello was postponed by the corona crisis to the end of the summer. The reward for waiting is twelve songs that will not disappoint their fans.

More than 40 years have passed since the first recordings of the duo Yello, while maintaining its specific style throughout its existence. His songs are mostly recognizable from the first bars and it is gratifying that the activity of the tandem Dieter Meier and Boris Blank has not slowed down even today.

And so, another Yello album, and yes, it sounds like classic Yello. Maier’s vocals were always predicated on an eerie inhumanity – electronic cut-ups. And at the age of 75, he’s still exactly that.

The album launches off with the rhythmic babble of “Waba Duba”, over a groove that directly references the synthetic brass parping of classic Yello like 1988’s “The Race” and 1991’s “Jungle Bill”: it couldn’t be a clearer signal that they have little intention of evolving.

However, that doesn’t matter one jot. Blank and Meier’s ribald and trippy imaginations were always endlessly fertile, and so it is now.

The same basic elements can be reconfigured again and again and still delight. Whether it’s that nonsense scatting, or a spaced-out fantasy narrative as on “The Vanishing of Peter Strong”, Meier’s baritone mutterings and chatterings seem like invocations of a glamorous and gloriously weird world, and the pair’s productions bubble with funk.

The standard Yello grooves break at the end for the lush exotica of “Rush for Joe” and the opiated universe James Bond theme “Sirene Singing” with Chinese-British artist Fifi Rong crooning along. In the past, we could hear her alongside Tricky, or a producer named Phaeleh.

Yello remains electronic music dadaists, surrealists, impressionists – with a sense of humor. On the album “Point” they confirmed that they are still themselves, which is very rare nowadays. That is why we will be happy to introduce it to you in our broadcast as well. 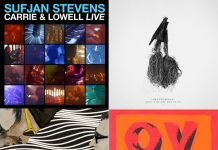 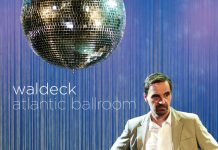 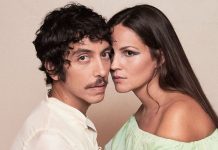