Easily the best part of this year’s Eurovision ‘Song’ Contest was the opening fado sequence, with Ana Moura followed by the great Mariza, her Barco Negro accompanied by a phalanx of percussionists. Portugal didn’t pull off the double this time – they were, after all, up against an Israeli chicken impressionist in a kimono ­– but oddly, this new album indicates that they might have seriously missed a trick with what they entered.

I hardly need remind some of you of the scorn previously heaped on producer/pianist Javier Limon in these pages, who has consistently managed to drag some of the world’s great women vocalists down into soulless MOR territory. So it’s more than a pleasure to report that this superbly constructed album doesn’t sound like any sort of previous Limon production I’ve encountered at all: indeed there’s barely the tinkle of a cocktail piano to be detected, and Mariza herself is singing from the heart, as only she can. That voice really is in best possible shape here. 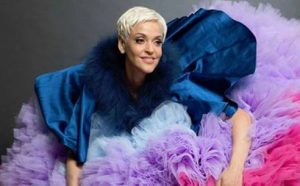 Even more startling, the repertoire often strays reasonably widely from ‘traditional’ fado into a range of modern songs that would, frankly, have wiped the floor with anything heard on that annual TV marathon. They might not be classic fado or typical Mariza fare, but more mainstream tracks like Amor Perfeito or the jazz-inflected ballad Por Tanto Te Amar have ‘international hit’ written all over them.

Everything is perfectly anchored in a clear production with Mariza’s voice at the centre, with José Manuel Neto’s Portuguese guitar always strongly featured alongside guitarist Pedro Jóia, US-based Australian bassist Lucy Clifford, and inventive percussion from Israel ‘Piraña’ Suarez (on Verde Limão in particular). Credit where due: Limon has pulled off the trick of making a more broadly commercial album that long-term Mariza fado fans shouldn’t have any difficulty with at all.

I needn’t have left it in its shrink wrap on my desk for several days while I summoned up the courage to play it after all. Phew!