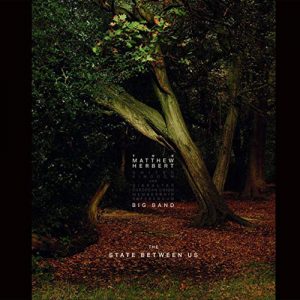 Matthew Herbert Big Band – The State Between Us (Accidental 2019)

Made in collaboration with over a thousand musicians and singers from across the EU, The State Between Us began as a project responding to the triggering of Article 50 and the dramatic shift in the national story that began in June 2016. Over the course of the next two years – against the backdrop of a relentlessly challenging news cycle and via large-scale recording sessions abroad – something unexpected emerged.

The State Between Us is an album that contemplates what it means to be British in 2019. Its sixteen tracks reflect a journey on foot across Great Britain (and beyond) imagined in beautifully elegiac melodies carefully woven with site-specific recordings. World War II planes in flight rub against a Ford Fiesta being broken down into its component parts; the loneliness of a cross-channel swimmer follows a single cyclist riding around Chequers. Here, the evocative sounds of empty harbours, and factories being demolished, of ancient trees and the calls of soon to be extinct animals ebb and flow through music that poses one hugely significant question – Where’s Home? – and leaves the listener with one resoundingly hopeful answer: You’re Welcome Here. 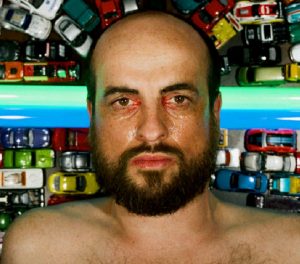