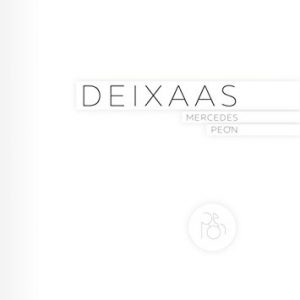 Mercedes Peon is considered one of the most charismatic women of the current world music circuit. She was born in 1967 and at the age of 13 she heard some women singing on the Costa da Morte. The playing of the tambourine and the singing of the ribeirana was the trigger to collect the songs, dances, stories and experiences of the villages’ people. An intense compilation begins. She transmitted all this knowledge at schools, at Television of Galicia, and in Universities such as La Sorbonne, Oporto, Wales, etc. The variety of her compositions that start from the polyrhythm under the gaze of the most ancestral rhythms, culminate in eclectic and blatantly vibrant themes. Her wide repertoire, the spell and the energy that seizes each of her performances, make this woman a sure bet for the continuity of the ethnocontemporaneous scene in Europe.

After deepening the tradition for more than 25 years, in 2000 she recorded her first album called Isue. She expressed himself free of cliches and expanded through the international field without any media effort. In her later works, Ajru (2004), Siha (2007) and Sos (2008), her compositions led her to a particular atmosphere bordering the electroacoustic, making the result her distinctive sign inside and outside our borders. At the beginning of 2011, she left her fourth album … — … (Sos), avant-garde music. Cataloged as mature, fresh, surprising, creative. Enthusiastic and deeply conceptual, it shows an evolution or a moment of her career especially brilliant. Created, played, produced and mixed by herself, … — …, is a microcomposition exercise where the final result was chosen by “word chart music Europe” as Best Album for two consecutive months.

In 2011, she was chosen as an artist recommended by the platform and musical brand Womex, constituting a milestone in the history of music in her country. She showed her compositional and scenic power in Copenhagen from a completely performative and sincere place. Her samplers, created by herself, sound mixed with voice, clarinet, bagpipe and percussion. It offers a surprising and dynamic show that spread throughout Europe and Canada.

At the end of 2012 a musical adventure begins with the WVB band from Warsaw. A participation in a tour of the Polish country that will culminate with a new album at the end of 2015.  All this combined with the composition of her fifth solo album, which will be released in 2018, full of acoustic spaces that arise from new searches and materials that bring her always social and feminist discourse to the public.

In 2014, she participated in a project proposed by the choreographer Lipi Hernandez, as a composer of the sound space of El Canto de los Caballos, which was launched at the Salmon Festival at the end of 2014 in Barcelona along with 10 other avant-garde artists. Contemporary dance experimenting through microcomposition and vocal-electronic improvisation (one of them, Virginia Garcia, was awarded the national dance prize in the form of Creation in 2015, with the company La Intrusa). In 2015 she toured with a completely mature and contemporary band with a live performance by festivals from all over Europe, and ends the tour in 2016 to edit and finish her last album Deixaas, her latest album, which she will present in 2018 in Europe, with a small preview previous in New York. 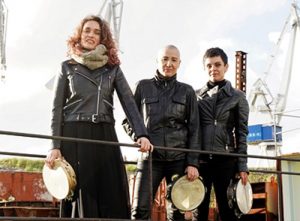 Her latest work, Deixaas, is the result of an intense research on the possibilities of tradition and sound art, in which she stands out as an international reference. Without abandoning the roots of tradition, this last release of the artist incorporates a contemporary facet inspired by acoustic spaces of new nature obtained from a fieldwork based on real sounds from recordings of heavy machinery collected in the shipyards and industrial spaces around Ferrol (as in the case of the “Plataforma”); or other compositions that incorporate all the aesthetic and evocative power of the poetic word dramatized or spoken word (in “Linguas elementais”) or the contrast of the atmospheric piano (in “Olores Perdidos”). Different environments and universes that gain consistency in a work that also has Monica de Nut and Ana Fernandez. Deixaas expands the creative universe of Mercedes Peon by combining musical craftsmanship and creative vanguard in an exceptional way. It preserves the essence of the themes that usually interest the composer: questions of identity, sex, language, belonging, transmission chains, and the  most immediate social and political environment everything converges in her music and interacts with sound and aesthetics as never before explored by the artist. This new album shows Mercedes Peon’s exquisite creative and compositional maturity, and its live performance format offers a unique artistic experience, a real trance that reconnects us to the most genuine, where music becomes a chain of transmission of cultural heritage of first order.

Apart from her record releases, hes latest works show close collaboration with other disciplines such as dance, with the composition of the music of O kiosco das almas perdidas, Roberto Olivan’s show for the Galician Choreographic Center, sound advice and electroacoustic composition for Concerto Desconcerto spectacle of Entremans company. Composition of music for the work SoLODOS by Maruxa Salas or in the cinema, the composition of the feature-length documentary Liste, pronunciado Lister, by Margarita Ledo and the short film Cienfuegos 1913 by the same film maker.

She has been at the bill at festivals with Patty Smith, Alanis Morrisette, Goran Bregovich, Caetano Veloso, etc. She has shared the stage with friends such as Carmen Paris, Manu Chao, Alasdair Fraser, WVB and Xose Manuel Budino. Poster and stage with Ojos de Brujo, Amparanoia, etc. She has participated in more than 350 international festivals. She is one of the most outstanding Galician artists of the beginning of the 21st century.