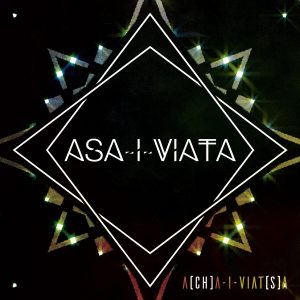 Born in 2010 with the meeting of a violinist and an accordionist, both passionate about Eastern European traditional music, Asa-I-Viata became a quartet in 2012. As comfortable with acoustic setups as on the big stages, the band fuses Balkan music with modern influences. This mix of styles makes Asa-I-Viata’s music so energizing, powerful and actual. In 2014, with the introduction of a broader repertoire (from Turkey to Serbia, including Macedonia, Bulgaria and Romania), Asa-I-Viata opened up once and for all to contemporary influences, and naturally made the move from acoustic to electro, adding Western beats to traditional sounds (using typical Romanian instruments, clean rhythms, irregular time signatures, and rare traditional melodies). Led by the will to make audiences dance without simplifying the music, Asa-i-Viata now includes electronic arrangements in studio and in their live shows. . This, with the lively contribution of rock music, allowed them to bring their musical vision to life.

“Asa i viata” : that’s life, in Romanian. Life is what these five musicians celebrate in their very own way, well-balanced between traditional music from the Balkans, rock guitars and electronica. But as usual, talking about world music, there is much more to ear that just an orchestration. The choice of instrumentals with guest vocals – toaster MC Brother Culture, Sidi Wacho rappers, Norig and Bastien Charléry at gypsy traditional singing – is a way for the band to work atmospheres very deeply, apart from just a festive efficiency. A movie soundtrack approach, that gives the album its strength and brings into a feeling of emergency.

Asa-i-Viata’s music is, indeed, all but timeless, twisting traditional melodies and rhythms into a bustling immediateness that even the lyrics stand for. A global and universal trance, in which meticulousness of arrangements verges to the occult.