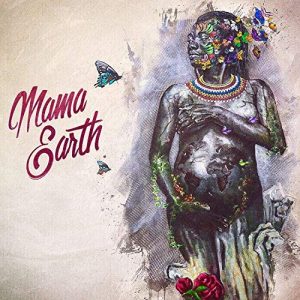 Preparation is overrated. Impulse is everything. Such was the rebellious wisdom that drove the sessions for Project Mama Earth’s astonishing debut EP. In June 2017, five world-renowned musicians met in Devon England for a high-wire act unique in modern music.

They had no songs. No chord charts. No game plan. No safety net. Nothing, in fact, but a plan to play and catch the sparks.

We couldn’t be any more excited about a band than this all-star lineup of Joss Stone (vocals), Nitin Sawhney (guitar), Jonathan Joseph (drums), Étienne M’Bappé (bass/guitar) and Jonathan Shorten(keyboards). Project Mama Earth will release their debut EP “Mama Earth” on November 10, 2017 on Mascot/Provogue.

The 5 musicians convened at Stone’s house, where the musical squad didn’t take long to feel each other out. Music was spontaneously written on the spot, without any preparation. Just ten days after they came together, the Mama Earth sessions were over. And yet, you sense that the story of this fascinating band is only just beginning…