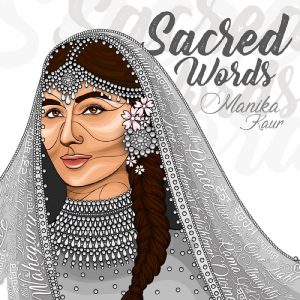 Since recording her 2013 debut album Bandhanaa with Bollywood legend Sukhbir Singh, Manika Kaur has become the fastest selling contemporary Sikh solo artist in the world, placing Kirtan in the European World Music Charts for the very first time and amassing over ten million views on YouTube.

Traditionally reserved for men and previously confined to Sikh ‘Gurdwara’ temples, Manika Kaur has become the standard bearer of the Kirtan tradition, taking the spiritual discipline into the mainstream through her unique interpretations and sheer talent, breaking many boundaries in the process.

Growing up, Manika’s family would passionately spread the teachings of Sikh founder Guru Nanak Dev ji far and wide. Her deeply spiritual connection to the Guru’s wisdom is reflected in her music, with Manika able to channel her devotion to these divine teachings through her spellbinding vocal ability.

Manika Kaur’s previous work has won a plethora of widespread praise from the media, musicians and collaborators alike. Her 2015 album I Bow To You Waheguru saw her join forces with producer, composer and tabla player Talvin Singh (OBE), which led the distinguished and much admired musician to describe Manika as having “this incredible natural gift as a vocalist”. In the media, Songlines Magazine lauded the “emotive melodies that beautifully articulate the poetry she sings so hauntingly”, while Perceptive Travel (USA) described a “dreamy soundscape…. reminiscent of what Sigur Rós might sound like if they were Punjabi women rather the Icelandic Men”. The success of this album culminated in a sold-out London debut at the prestigious Union Chapel, with features on the Sikh Network, a range of BBC Radio shows, ABC Australia TV and many more high profile appearances along the way.

But her inimitable talent is only part of the story: Manika Kaur’s philosophy and ethos is illuminated by the fact that she uses the proceeds of her musical endeavors to raise funds for education projects in rural Punjab, India via her own charitable organisation ‘Kirtan for Causes’. All profits from sales of her albums and live concerts are donated directly to the charity, which supports the education of disadvantaged youth via sponsorship schemes. To date Manika personally sponsors and educates 200 children and frequently travels to the Punjab to meet with them in person.

Moreover, Manika is a staunch champion of women’s rights, raising both funds and awareness for a huge range of issues: from equality and education of females of all ages around the world, to global access to feminine hygiene products.

Sacred Words represents Manika Kaur’s most diverse and very best work to date, featuring collaborations with Scottish folk musician James Yorkston (Guitar/Dulcimer) Jyotsna Srikanth (Violin) and Tunde Jegede (Kora). The album was picked up by producer / bassist Martin ‘Youth’ Glover’s (Killing Joke, Verve, Kate Bush and many more) for his new imprint label, Suriya Recordings. The tracks are produced and mixed by Talvin Singh, Punjabi-Glaswegian artists TigerStyle, Oskar Vizan and Youth. The result is an album that is a genuine force to be reckoned with.

Though wholeheartedly enjoyable on the strength of their sound alone, these beautiful and hypnotic renditions are only enhanced by the fact that they will be used as a positive humanitarian force, changing lives of those in need while spreading a pure and sincere message of generosity and love.