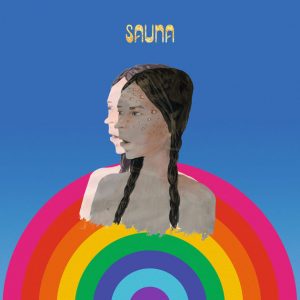 How urban and cosmopolitan their music might sound, the LEYYA duo actually shares its roots in a small village in the upper austrian countryside that is famous for its vegetable farms and canning factory. Regardless the countless stories of bedroom producers, moving to the city is rather an obligation than an option if you want to follow your dream of becoming a musician. While Marco Kleebauer (23) and Sophie Lindinger (25) managed to find each other a while back in that village due their shared interest, they both decided to move to Vienna in 2013. Both of them left early musical projects behind to form Leyya in 2014 and immediately get a lot of attention when arriving in the austrian capital. Sending around their earliest demos showed their special talent of creating a unique sound on the edge of Zeitgeist.

While Marco used his childhood passion for The Beatles to get deeper and deeper into production, weird sounds, effects and drumming (he has an exam from the Viennese Conservatory Of Music), Sophie slightly moved away from her early singer/songwriter-days only to sharpen her skills in writing, singing – and producing, where she also earned a place in Red Bull Music Academy Bass Camp Vienna in 2015. By then, their first releases, namely an EP called „Drowned In Youth“ including a single of the same name and „Wolves“, made them talk of town and got them a first bunch of airplay on the very influential all-important Austrian alternative radio station FM4.

It all started to become more and more international when they released „Superego“ in spring 2015. Radioplays all over Europe, a certain blog-hype, placements in TV, film and commercials – it was actually happening. Leyya started to become an international phenomenon. In the upcoming months, showcase festivals (Reeperbahn Festival 2015, Eurosonic, Ment Ljubljana, Tallinn Music Week, The Great Escape) followed and lead to a placement among the 2016 Top 10 list of ETEP (the European Talent Exchange Programme that lists the most requested newcomers along european festival lineups). Leyya went on to release „Butter“ and an renewed, international version of their well received first album „Spanish Disco“, were invited to more festivals, like Iceland Airwaves, and headlined Viennas „Popfest“ back home in Vienna, playing an enthusiastic crowd of 20.000. In 2017, Leyya won the „Radio FM4 Award“ at the Amadeus Austrian Music Awards and were invited to play at Primavera Sound in Barcelona, while releasing yet another new song, „Zoo“, to make clear they’re destined to even more exciting times in the near future.

Since Leyya (Marco Kleebauer and Sophie Lindinger) decided on a name for their album, this dialogue keeps coming. Not that they are huge fans of regular sweating in a big wooden box. Sauna, to them, is rather a symbol for getting together without any social barriers or classes, where nakedness also brings a certain equality. It could also be viewed as a melting pot – in every sense of the word. And what more brings all of this together but the gigantic rainbow on the albums artwork: Colourful, diverse and meaningful – that’s something that Leyya want you to see and hear in their music, too. „Sauna“, they say, „is the record where you can actually hear the colours.“ 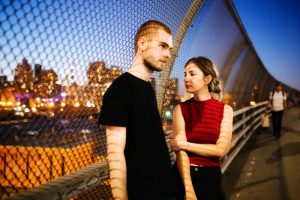 They keep the theme in their titles („Heat“); and in a way you can hear the beat sweating in songs like „Oh Wow“. And while „Sauna“ features a lot of weird noises, nerdy beats, unusual use of instruments and a certain quirkiness, it doesn’t fail in screaming „Pop!“ in bold, futuristic letters.

Leyya proved to prefer thinking and working off the beaten track ever since they appeared on the scene in 2015 with their song „Superego“. Be it the irresistible beat of „Butter“ (2016), the light and happy sounding „Zoo“ (2017) or a slow-motioned reggae rhythm („Oh Wow“) – this band wants to surprise you with every new song.
„Superego“ went on to get several million plays on Spotify, get Radio Airplay across the globe and become an often licensed track for TV shows and commercials. In 2017 the duo received the prestigious Amadeus Austrian Music Award and impressed audiences at reknowned festivals – Primavera, Iceland Airwaves, Reeperbahn Festival, Sziget – to name just a few.

You see, pressure was somewhat getting high for „Sauna“. Yet, Leyya somehow managed to keep up with it by simply „staying naive“, as they say, „it drives innovation. And we don’t want to repeat ourselves – ever.“ It doesn’t sound like a big secret after all. After the era of Indie Rock in the 00s and the time of DJs and producers afterwards, Leyya also found it was about time to „reinvent band“. Being multi-instrumentalists themselves and growing into a quartet on stage for their live performances, they do just that – by simply playing around, as if samples, newly found sounds or vintage guitars would be toys they just got for Christmas. Here you go again, rainbow.

„For Sauna, we basically followed our most stupid ideas more consequently.“ they insist – it’s not just the message that sounds positively different and surprising. And this might exactly be what the oh so glamorous, but standardized-to-death pop-world needs more than ever: Something different, something surprising. Well: Voilà.