Having emerged as a vibrant musical force with their previous effort WMMPRR (tak:til/Thin Wrist), 75 Dollar Bill have spent the last few years bringing their music to new places and people, delivering what NYC locals have known for years, with their dedication to performance in venues of all shapes and sizes.

The fruits of this work can be heard here on their expansive new double LP I Was Real.

The album, its title’s origin a jumbled misremembering of the lesser-known Motown song “He Was Really Saying Something”, is 75 Dollar Bill’s third, featuring new directions accompanying the band’s previously established interest in sprawling, unusual grooves and microtonal melodies. The record is enhanced by the presence of eight additional players in various combinations over its nine tracks – but also shows off the duo’s strength when stripped down to the core. Requiring a variety of approaches, the album was recorded over a four-year period, in four different studios, with the band’s closest associates and collaborators in a range of different ensemble configurations. The album also features several “studio as instrument” constructions that harken back to the collage-experiments of the band’s early cassette tapes, while at the same time pointing to territories altogether new.

The players involved highlight the “social” aspect of the band and the eight guests that appear on the record are some of the band’s closest friends and collaborators.

While Che Chen and Rick Brown are always at the core of 75 Dollar Bill, the band is much like an extended family, changing shape for different music and different situations. Some pieces were conceived in the band’s very early days and others are much newer, but the music is unmistakably 75 Dollar Bill.

As Steve Gunn said about the previous record: “Strings come in underneath Che Chen’s supreme guitar tone. Rick Brown’s trance percussion offers a guiding support with bass, strings, and horns supporting the melody. They have gathered all the moving parts perfectly.” 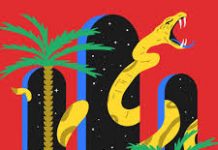 COAST MODERN WITH SELF TITLED ALBUM 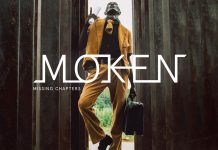