Battle of Santiago are making a triumphant return with a new album.

After their 2018 Juno nomination in the World Music Album of the Year Category for ‘La Migra,’ the band’s next recording mission saw them trace their own influences to Cuba, where they wrote and recorded much of what took shape as their next full-length album. Informed by the esoteric culture and spirit of Santeria while retaining the experimental broodiness they have come to be known for, ‘Queen & Judgement’ is as diverse as ever. With touches from producers Grammy-winning Andres Levin (David Byrne, Tina Turner, Childish Gambino) and Josh Korody (Fucked Up, Dirty Nil, Weaves,) the album is slated to drop in April of 2020.

While Canada is seldom thought of as a Latin music hotbed, Toronto hosts many thriving immigrant communities — including one of the largest Cuban expat communities in North America — and Battle of Santiago is strongly rooted in the city’s wealth of Cuban musical talent.

“There are a couple of different Battles of Santiagos to choose from historically,” explains the group’s founder Michael Owen, “so you can take your pick. We liked that ambiguity. It reflects how our music can change and take on different vibes. The name also implies some kind of soundclash, which works for us since the band has both a Latino section and a non-Latino section, and that dynamic can create a really exciting creative tension.”

Fused by dynamic elements of jazz, the result is a party-forward experience that has brought them to stages across the globe, including NYC’s legendary Joe’s Pub, and festivals across Canada, the US, Spain, France, The Netherlands and more. Their unique sound tells a universal 21st Century story, placing them in a prism between artists as diverse as Godspeed You! Black Emperor and Thundercat, and transcending borders while staying rooted in one city’s immigrant experience. 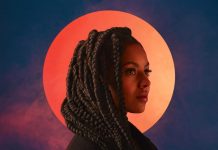 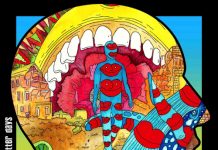 GIZMO VARILLAS AND DREAMING OF A BETTER DAYS

DJANGO DJANGO GLOWING ON THEIR NEW ALBUM, AND NOT ONLY IN...

FEMI AND MADE KUTI ON THE LEGACY + ALBUM MOVE THE...