“La Estrella” – meaning “the star” in Spanish – opens with “Dandeleon,” which plays like a meditation of fluttering vocalesque pads and sonorous bass; while Pedro is joined by the acclaimed Argentinian trio Fémina on “Cometa,” where his refined beat offers an ideal space for the three singers’ voices to inhabit. “Cometa” (“comet”) also furthers the album’s celestial themes, which also touch on spirituality, love, ephemerality, and nature. Frequent collaborator, (Polaris Prize-winning / Grammy-nominated) Lido Pimienta offers her vocal chops on “Amor en silencio,” which showcases the Colombian-Canadian’s harmonizing prowess over an instrumental of panning percussion and syncopated xylophone chords.

Pedro Canale has been working on Chancha Vía Circuito, a musical project that has allowed him to travel the world and put his mark on what is now known as Latin American electronic music, since 2005.

Beginning his explorations in digital cumbia, but soon moving into electro-acoustic experiments inspired by his travels and encounters with Indigineous traditions of the Andes and beyond, the “Chancha sound” has transformed into a notable reference for an entire new generation of artists, in turn birthing a new sound that spans the globe.

To date, he’s released 5 albums (including “La Estrella”) which have expanded far outside of Latin America and can be heard playing at the top festivals in Europe and the U.S. such as MUTEK, Roskilde, and Vive Latino. The general public will recognize Chancha’s sound thanks to one of their remixes, “Quimey Neuquén,” being used in an unforgettable scene in “Breaking Bad”. 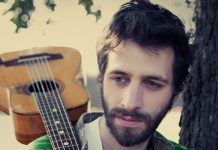 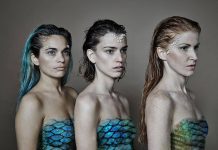 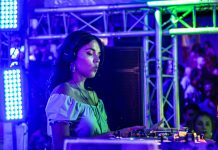